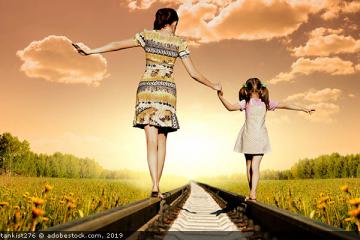 We should all strive for balance. Whether it is a balanced view, balanced representation or balance of power. This year’s International Women’s day on 8 March is no exception: It’s all about building a gender-balanced world.

It’s a call to action to speed up gender equality and to improve the social, economic, cultural and political status of women.

Around the world on this day, many will celebrate and recognise the numerous achievements women have made and continue to make in all walks of life.

However, we cannot begin to approach gender balance and equality until we acknowledge the difficulties and disadvantages many women often face.

It is an issue, the agency is acutely aware of, backed up by the robust data it collects. From gender-based violence to the discrimination of migrant and minority women, time and time again, the data reveal worrying inequalities and suffering.

Take women’s well-being and safety. According to FRA data, one in three women in the European Union has experienced physical and/or sexual violence since the age of 15. An OSCE-led survey in South-Eastern and Eastern Europe, based on FRA’s methodology for its EU-wide survey on violence against women, 70% of women interviewed experienced some form of violence since the age of 15.

Or employment, only 16% of Roma women are employed compared with 34% of Roma men, according to FRA data.

To guide policymakers, the agency has prioritised gender mainstreaming in its research and daily work. This will allow it to provide targeted evidence-based advice that clearly shows gender inequalities.

In the coming months, FRA will demonstrate this with three dedicated reports: one with a focus on Roma women, the other on migrant women and one on justice for women of partner violence.

They will point to the need to take into account that women are more likely to be subjected to discrimination and violence, if they are part of a minority, poor or economically dependent.

This calls for joint efforts and targeted measures, such as investing in education and work opportunities for women from disadvantaged groups. Creating public sector jobs is just one example.

Improving gender equality is a question of getting the balance right, for all of society.