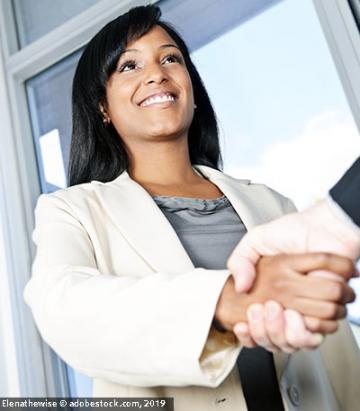 Too many people with an ethnic or migrant background are still being held back in the job market. This is despite laws against racial discrimination and for equal opportunities in employment that have been in place for decades, the heads of three European human rights institutions said in a joint statement on today’s International Day for the Elimination of Racial Discrimination.

Michael O’Flaherty, Director of the EU Agency for Fundamental Rights (FRA), Jean-Paul Lehners, Chair of the Council of Europe’s European Commission against Racism and Intolerance (ECRI), and Ingibjörg Sólrún Gísladóttir, Director of the OSCE Office for Democratic Institutions and Human Rights (ODIHR), emphasised the need for change to ensure respect for the fundamental human rights everyone should enjoy equally across Europe. They call for enforcing international and national antidiscrimination legislation, including tougher sanctions, and amendments to working practices to promote the diversity Europe needs to remain relevant in today’s global economy.

“Racism in any form is toxic to the creation of a fair, equal and rights respectful society,” said FRA Director O’Flaherty. “We have the laws but too often they fail to deliver. We need to step up our policies and practices to reduce the barriers ethnic minorities face when trying to enjoy their basic right to employment.”

“Access to employment is a key to successful and sustainable inclusion of all people into society,” said ECRI Chair Lehners. “Through the recommendations that ECRI addresses to the Council of Europe member states, we aim to motivate all stakeholders to open up even more to diversity and build an inclusive working culture. Employees will benefit from this through an improved working environment, and employers through better results. At the same time, we are active to prevent new discrimination risks that could arise from the use of new technologies such as artificial intelligence.”

“A person's ethnicity or skin colour are all too often grounds for discrimination, preventing them from having equal access to the labour market and equality in the workplace,” said ODIHR Director Gísladóttir. “Roma and Sinti, the largest ethnic minority in Europe, experience high levels of discrimination when seeking employment, and this is a strong factor contributing to economic, social and political exclusion. Governments must make real efforts to counter discrimination against Roma or any group.”

Gísladóttir stressed that all OSCE participating States have committed themselves to adopt effective legislation to combat racial and ethnic discrimination in all fields, including employment, and in its Action Plan to Improve the Situation of Roma and Sinti in the OSCE area, to create specialised institutions and mechanisms to ensure the implementation of such laws.

Today’s International Day for the Elimination of Racial Discrimination points to a clear need to tackle pervasive racial discrimination in all areas of life. As it is also the International Decade for People of African Descent, we should stamp out the widespread and entrenched prejudice and exclusion that too many black people continue to face simply because of their skin colour.

With the rise of automated decision making, policymakers should also be mindful of the risk of built-in biases appearing in computer-based tools used in recruitment or insurance risk assessments, for example.