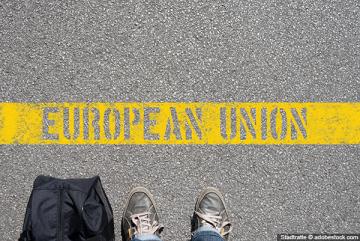 Fundamental rights protection overall at the EU border agency needs strengthening as its mandate and tasks increase, finds the latest Opinion from the EU Agency for Fundamental Rights.

In light of this, the European Parliament asked FRA for its Opinion on the fundamental rights implications of the revisions.

Overall, FRA finds that fundamental rights protection could be stronger. For example, the role of the existing Fundamental Rights Officer should be enhanced. This should include: more support staff and resources as the Agency expands; greater safeguards for the Officer’s independence; and an ability to mitigate fundamental rights risks.

The complaints process also should be strengthened to make it more effective. For example, the Fundamental Rights Officer should be able to make complaints and report annually on the effectiveness of the process. Deadlines for follow-up to complaints should also be imposed.

In addition, the Opinion points to a need to reduce fundamental rights risks when supporting returns. It suggests involving international bodies in governing the monitoring of forced return operations and including officers with child protection expertise in return teams. The Opinion underlines the need to independently monitor returns as the Agency cannot carry out returns and monitor itself.

Another area the Opinion focuses on is cooperation with non-EU countries. To reduce risks, the Agency should carry out impact assessments before running operations outside the EU. Fundamental rights experts should also form part of the teams deployed to non-EU countries. In addition, the Agency should not be entrusted with the task of returning irregular migrants who find themselves in third countries but only limit its support to offering technical assistance on returns.

FRA’s support in strengthening the Agency’s fundamental rights protection should be better reflected in the regulation. It could also lend its expertise to migration management support teams.

The European Border and Coast Guard Agency was created in 2016 replacing its predecessor, Frontex. Much of the Agency’s border management work affects fundamental rights. FRA has been providing it with fundamental rights support since 2009.

This Opinion will feed the European’s Parliament position on the European Commission’s proposal. It only partly covers data protection as the European Data Protection Supervisor will focus on this in its opinion.