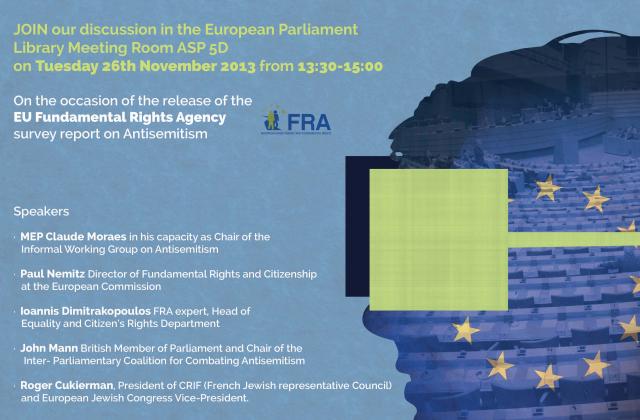 FRA will present the findings of its recent survey on discrimination and hate crime against Jews in EU Member States at a European Parliament event on 26 November.

The meeting will bring together members of the European Parliament and national parliaments as well as representatives of the Kick Racism out of Football campaign. They will discuss current EU challenges and available tools to address antisemtism and hate crime in the EU.