FRA Symposium: Promoting the rule of law in the EU

Date:
07/06/2013
Where:
Vienna, Austria
Organised By:
FRA
Type:
FRA event
The fourth annual Symposium of the EU Agency for Fundamental Rights (FRA) will focus on the rule of law and reflect on how it is implemented in EU Member States. This year’s symposium will contribute to discussions on the need to fully embrace the rule of law across the EU.

FRA Symposium: Promoting the rule of law in the EU

The symposium will examine two themes in particular:

These themes are approached with the following objectives in mind:

The need for a reflection on the promotion of the rule of law in the EU was already put forward in 2009 by the Dutch Minister of Justice. This need has since been reinforced by other Member States, by the European Commission (President Barroso "State of the Union 2012 Address"), by the European Parliament and the present Irish Presidency of the Council of the EU. There are strong arguments for an enhanced focus on the rule of law for the protection of rights of people living in the EU; for economic growth (rule of law as an incentive for investment and trade); for freedom of movement (to create a common area of justice which works in a similar way); for internal-external cohesion (ensuring what is promoted in third countries also happens ‘at home’); and to identify and promote best practices.

A stronger focus on the rule of law would also address the dilemma with the Copenhagen criteria: while there are strict requirements for future EU Member States, there is less leverage on members to make improvements once they have joined the EU.

Discussion will take into account the outcomes of the seminar organised by the Irish Presidency and the FRA on 9-10 May 2013, entitled ”A Europe of equal citizens: equality, fundamental rights, and the rule of law”.

The event will gather around 70 key experts from across Europe to discuss rule of law indicators from a fundamental rights perspective, including:

Participation is upon invitation only. 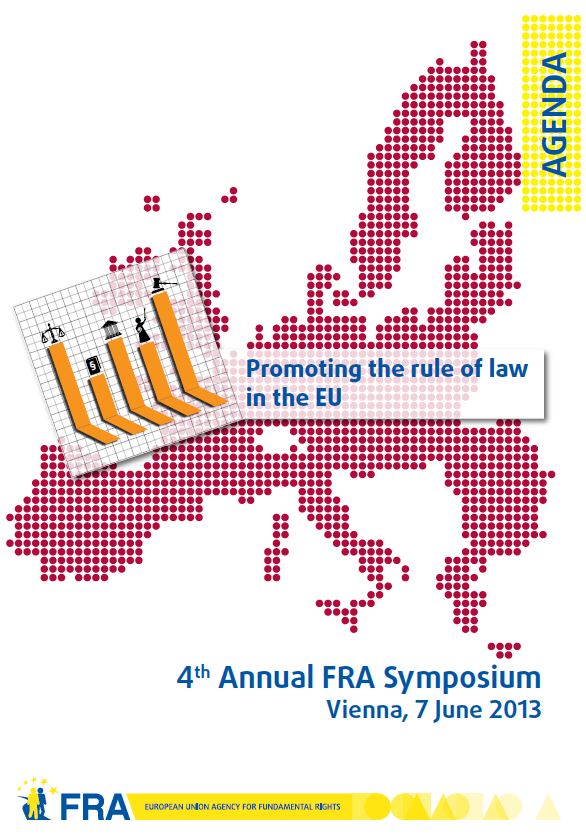