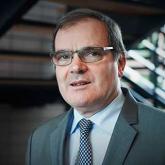 Relations between the European Union and the Council of Europe are rooted in a tradition of dialogue and mutual institutional influence. The Turin process for the European Social Charter (ESC) aims to strengthen synergies between EU law and the ESC to ensure better and more consistent protection of fundamental rights for all European citizens.

The Turin process was launched by the Secretary General of the Council of Europe at the High-Level Conference organised during the Italian Presidency of the Council of the EU. This process and the General Report from this conference, point to the need to maximise the potential synergies between the Council of Europe and the EU in the area of social rights. This was recalled in the third annual report on the state of democracy, human rights and the rule of law.

The European Committee of Social Rights (ECSR) published a Working document in July 2014 on the relationship between EU law and the ESC. It aimed to clarify whether the two standard-setting systems are divergent or convergent in the light of the decisions and conclusions of the ECSR. Moreover, a European Parliament study regarding a better articulation between the ESC and the EU Charter of Fundamental Rights was published in February 2016.

For social EU initiatives, the ESC is the human rights framework which Member States have committed themselves to. The EU pillar of social rights provides an opportunity, through collaboration between the Council of Europe and the EU, to ensure that the pillar is based both on the ‘social acquis’ and on the ESC. Indeed, the Commission’s Communication recognises the ESC as a ‘reference document’. Of course, it is necessary to identify the relevant provisions of the ESC which correspond to EU competencies. Rights guaranteed by the ESC correspond to many topics or principles mentioned in the Communication. Other rights guaranteed by the European Social Charter are not mentioned in the list of the EU social pillar, such as collective labour rights, the right to dignity at work, or migrants’ rights.

Better recognition of social rights would be a stimulus for deepening European integration. It would also strengthen democratic security of our societies by making them more cohesive, which is crucial more than ever.

The ‘Brussels’ Document’ on the future of the protection of social rights in Europe recommends considering the ESC rights more during EU impact assessment studies. This is particularly the case for structural reforms (e.g. macroeconomic policies within the European Semester) when they are undertaken in Member States.

In addition, the accession of the EU to the ESC, requested - among other issues - by the European Parliament in 2014 and again in 2015 could be another area of further investigation as a long-term perspective.