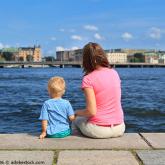 There’s now just two weeks to go to the Fundamental Rights Forum. And there has never been a more important time to rally human rights defenders.

The rise of populism across Europe is confirmed by the anti-immigrant Sweden Democrats taking a big share of the vote and causing an earthquake in national politics.

It is a pattern of political upheaval that has been repeated across the EU, from Austria and Italy to Germany and the Netherlands.

Sophia Gaston, of foreign policy think tank the Henry Jackson Society (HJS), warns that the rise in populism is a danger for democracy and social cohesion across Europe.

The Director of the Centre for Social and Political Risk told the BBC’s Today Programme that champions of human rights need to find new ways to talk about the burning issues of today.

She said: “Not only traditional parties, but also the media, has struggled to find a language to talk about and engage with the issues around immigration.

“There is a common refrain that ‘we didn’t have a chance to have a say in this, we were not asked about this’… The far right are positioned as anti-establishment parties that represent the unspoken feelings of the people.

“They are comfortable with attacking and undermining these institutions which have given strength and resilience to our democracy – the courts and judiciary.

“Governance by populism is inherently dangerous. The types of solutions being proposed don’t consider trade-offs and long term consequences in the way that traditional parties would.”

The Forum will be an opportunity for those who value and believe in human rights to find new ways to engage new audiences and share their messages of hope.

Our #HumanRightsMatter track will explore new ways to communicate rights issues. The focus is promoting the values that underpin human rights as well as the rights themselves.

We will bring new voices into the world of human rights, including those who feel critical or indifferent.

And Stockholm-based Forum attendee Michael McEachrane of the European Network of People of African Descent (ENPAD) believes there is some cause for optimism.

He says: “As elsewhere in Europe, in Sweden ultranationalism and far-right populism is on the rise. Sweden has yet to come to terms that racial discrimination is an entrenched part of society.

“Cities like Botkyrka outside Stockholm and Malmö in the south, which have high concentrations of people of colour, are members of the European Coalition of Cities against Racism (ECCAR).

“They are trying to take the lead in promoting non-discrimination and equality with ambitious city guidelines and plans.”

This is where the Forum can help. With over 600 inspirational thinkers, activists, politicians and people from many different communities and backgrounds, it promises to be a veritable melting pot of ideas from around the world.

“[It will be] an opportunity to share experiences among countries and gain knowledge of good practices in human rights. From this, to achieve better standards of conduct and the strengthening of the human rights culture in Europe and in the world,” as São Paulo’s Human Rights chief Eloisa de Sousa Arruda puts it.