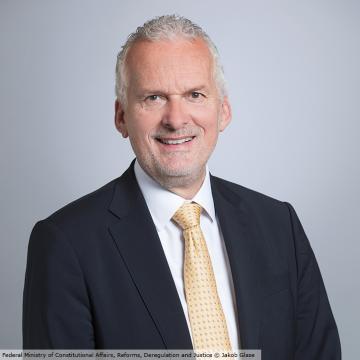 Dr Josef Moser has been Austria’s Federal Minister of Constitutional Affairs, Reforms, Deregulation and Justice since 8 January 2018. Prior to this he was Austria’s Minister of Justice. A well-known expert on administrative law with a reputation for numerous reform proposals, he was president of the Austrian Court of Audit and Secretary General of the International Organization of Supreme Audit Institutions (INTOSAI) from 2004 to 2016. He has held various positions within the public administration including management functions within Carinthia’s financial administration and the Austrian parliament.