Exploitation of migrant workers is illegal and unacceptable 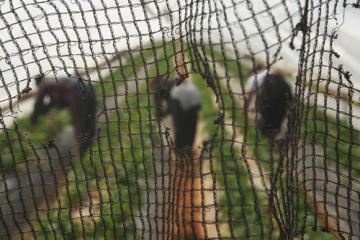 “Time and time again we see vulnerable workers being abused for economic gain. We’ve seen it with migrant workers in strawberry fields, on farms picking asparagus, in people’s homes as domestic workers, and in many other areas,” said FRA Director Morten Kjaerum. “Such labour exploitation has been termed modern-day slavery and indeed, the practice is as horrific today as it was in eras long gone.”

Research shows that criminal forms of labour exploitation have an impact both on nationals of EU Member States and migrant workers. FRA believes Member States need to take greater action to uphold their obligations under the Charter of Fundamental Rights, for example to combat discrimination and labour exploitation. Such practices violate not only the rights of the victims themselves, but also the right of vulnerable groups to be effectively protected, and the interests of society at large.