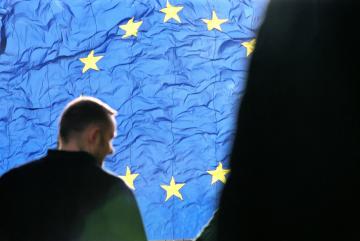 © European Union, 2014
Reinforcing fundamental rights in the design of security measures would help secure legitimacy and public trust, and also make the measures more sustainable, says FRA in its contribution to the European Commission’s Communication on a renewed EU Internal Security Strategy.

Upon request of the Directorate-General Home Affairs, FRA has submitted to the European Commission its contribution to the preparation of a Communication on a renewed Internal Security Strategy for the period 2015 – 2020. The Commission plans to present the Communication in early 2015.

In its contribution, FRA recognises the need to address a wide array of security risks to the EU – ranging from terrorism to cybercrime – which require effective solutions that respect fundamental rights. Reinforcing fundamental rights in the design of security measures would help to ensure legitimacy and public trust in such measures, and would also make them more sustainable and less likely to be challenged by courts due to their lack of proportionality. Throughout its contribution, FRA offers findings from its research to support the various suggestions put forward with respect to internal security and fundamental rights.

In the area of combating terrorism, FRA argues that addressing discrimination and social marginalisation of certain groups within European societies, including manifestations of hate crime, would help mitigate the threat of radicalisation. In this regard, cooperation with relevant communities and the trust that these communities have towards the authorities needs to be reinforced.

FRA also emphasises the ever increasing role of cyberspace as a platform for criminal activity such as incitement to terrorism or hate crime, and at the same time underlines the need to protect freedom of expression. It calls for more involvement of the private sector in the protection of security as well as the rights of individuals on the internet; including ensuring protection against personal data breaches.

The humanitarian situation at Europe’s southern sea borders highlights the need to rethink the role of border security and to foster its capacity to save human lives. To this end, FRA suggests that the EU initiates a process leading to a joint commitment by all Mediterranean coastal and other interested states to address unsafe migration by sea, including the possibility of facilitating legal access to the EU through instruments such as humanitarian visas or increased resettlement opportunities.