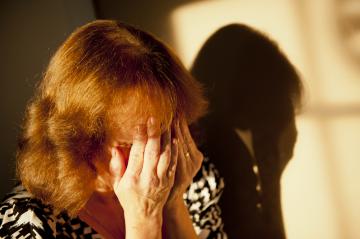 © John Gomez/Shutterstock
The call for robust evidence to effectively tackle violence against women has been answered with findings from FRA’s EU-wide survey on gender-based violence. They are being used in EU Member States to provide a solid base for appropriate solutions to combat the violence that too many women currently face.

“Violence against women is a serious problem in all EU societies today, as FRA’s survey findings clearly show,” said FRA Director, Morten Kjaerum on the International Day for the Elimination of Violence against Women on 25 November. “These findings demonstrate what a long path we still have ahead of us. It is therefore encouraging that Member States are putting FRA’s findings to good use in taking action to help eliminate violence against women.”

The FRA survey was based on responses from 42,000 women throughout the EU. The results of this survey are summarised in a report now available in 22 EU languages and can be explored in greater detail using FRA’s online data tool. They show that a large number of women suffer violence at the hands of partners and strangers, at home and online. For example:

Since the release of the findings in March 2014, FRA has been actively engaging with EU bodies and Member States to explain the findings and how they can be used. The results have been presented to ministers, parliaments, support groups and civil society organisations, as well as healthcare practitioners and law enforcement officials in 17 Member States. Recent examples in the last few weeks include:

FRA’s extensive dataset reveals the extent of abuse suffered by women at home, work, in public and online. It provides a rich base for a wide variety of groups to take action in line with the Council of Europe’s Istanbul Convention on preventing and combating violence against women and domestic violence. The convention, which came into effect on 1 August, contains legally-binding standards and a comprehensive framework for effective policies to combat all forms of violence against women.

Together, the convention and FRA data form a strong platform to help eliminate the widespread violence that many women suffer. It is a process which has already begun in many Member States. Hopefully many more will follow suit soon.