What next for the UN’s disability convention in the EU? 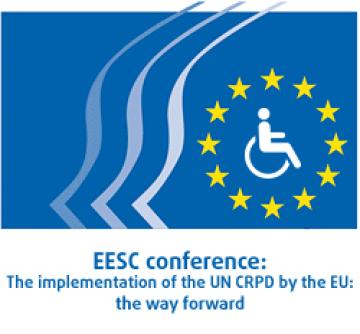 The concluding observations on the EU from the UN Committee for the Convention on the Rights of Persons with Disabilities (CRPD), “will continue to open doors for people with disabilities, and provide them with the support they need to live their lives on an equal basis with others in society,” said FRA’s interim Director Constantinos Manolopoulos in his speech at a European Economic and Social Committee (EESC) conference.

On 10 September, FRA addressed a conference in Thessaloniki that was the first opportunity to assess the impact of the UN Committee on the Rights of Persons with Disabilities' concluding observations and what should happen next. FRA spoke during the panel on how the observations can be put into effect.

Mr Manolopoulos acknowledged the significance of these observations as they offered guidance on what the EU could, and should, do to fulfil the rights enshrined in the Convention. He gave accessibility as an example: While 15 EU Member States have already mandatory accessibility standards for national and local authority buildings, in practice, in many countries, public buildings are rarely fully accessible. As mentioned in the concluding observations, EU legislation, like the European Accessibility Act, which is still under discussion, needs to be enacted to bring about change.

He spoke of how FRA can help. He mentioned how the Agency will continue to collect reliable, objective and comparable data across the EU and provide independent analysis for the benefit of all relevant stakeholders. He cited examples how the Agency has addressed issues which the Committee has highlighted as especially important, such as legal capacity, involuntary placement and treatment, the right to vote, the transition from institutional to community-based support, violence against children with disabilities, and the barriers people with intellectual or psychosocial disabilities face in society.

Mr Manolopoulos also spoke of FRA’ s work on developing indicators to assess how the Convention’s rights are being implemented, an area also recommended in the observations. He explained how FRA has already shown the value of such indicators: “The evidence we have collected show that legal, administrative and accessibility barriers prevent millions of Europeans with disabilities from taking part in elections, although the data shows also that people with disabilities are equally or even more interested in politics compared to the general population.”

He went on to say how FRA believes in working with a wide range of actors, not least Disabled Persons’ Organisations, “to ensure that [FRA’s work] feeds into their concerted efforts to eliminate barriers from all walks of life, so that people with disabilities can have choice and control over their lives, on an equal footing with others.”

In concluding, he underlined FRA’s commitment to work with fellow members of the EU Framework for implementing and monitoring the Convention to following up on the review process and to help make fundamental rights a reality for all people with disabilities.

The conference was organised by the EESC ad Hoc group on Disability. This was the first time ever the EU has received concluding observations made by such a UN Committee. The UN's Committee for the Convention on the Rights of Persons with Disabilities (CRPD) published its concluding observations on the EU's report on how it is implementing the CRPD on 7 September. They follow the constructive dialogue held in August between the UN CRPD Committee and the EU.

May
2014
Report
Publication
See also:
UN Committee on the Rights of Persons with Disabilities' concluding observations
EESC conference: The implementation of the UN CRPD by the EU - the way forward