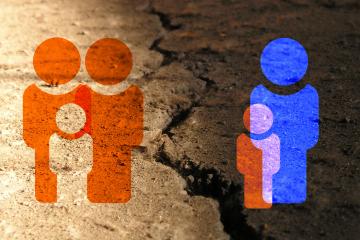 The lack of information and specific guidance for handling migrant children who are separated from their parents but travelling with other adults hampers efforts to properly protect such children from potential exploitation and abuse. This is one of the findings from the latest summary report of the EU Agency for Fundamental Rights (FRA) on migration-related fundamental rights in selected EU Member States. It identifies what needs to be done to address the shortcomings in existing approaches and points to promising practices that could be used by other Member States.

Separated children may arrive with another adult who can be a relative or an unrelated carer, but also an abusive adult, smuggler or trafficker. This potential risk underlines the need for specific harmonised guidance to safeguard such children.

Some of the report’s main findings include:

FRA has published overviews since September 2015. The next focus will be on torture and trauma.