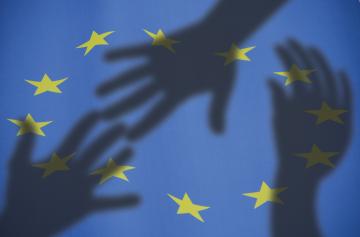 Arson attacks, violence, even murder, and everyday harassment are just some of the worrying hate crime incidents flagged in the latest summary report of the EU Agency for Fundamental Rights (FRA) on migration-related fundamental rights in selected EU Member States. It points to tension and hostility towards migrants and asylum seekers, underscoring the need for concerted EU and Member State action in line with fundamental rights.

Access the focus section on hate crime and the monthly data collection highlights.

The report identifies serious and widespread incidents of violence, harassment, threats and hate speech towards migrants and asylum seekers, and their children, across 14 EU Member States. Human rights advocates, ‘pro-refugee’ politicians and journalists have also been targeted.

It points to some of the perceived perpetrators, and highlights the problem of under-reporting and under-recording of hate crime which impedes efforts to find effective responses.

Some of the main findings include:

EU laws offer protection to victims and the Agency has compiled information about various initiatives that tackle hate crime in the EU. However, Member States lack the robust data they need to prevent hate crime, and protect and promote the rights of migrants and asylum seekers in an increasingly openly intolerant Europe.

FRA has published overviews since September 2015. Each overview covers such issues as:

Next month the focus will be on separated children.