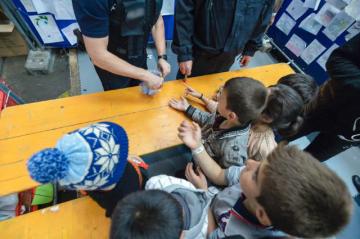 Community policing can help bridge the mistrust and fear among and towards newly-arrived migrants and local communities. This was one of the observations from the latest summary report of the EU Agency for Fundamental Rights (FRA) on migration-related fundamental rights concerns in selected EU Member States which assesses how the police work with local communities including migrants and asylum seekers.

The Agency’s latest summary focused on areas where there is available data and high numbers of asylum seekers. Some of the main findings include:

FRA has published overviews since September 2015.