Educating for the future through learning from the past 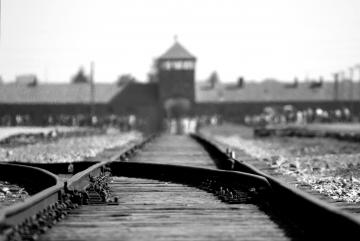 The rising tide of intolerance spreading across Europe demonstrates the vulnerability of human rights and the need to be ever vigilant in their protection. On the eve of International Holocaust Remembrance Day on 27 January, the EU Agency for Fundamental Rights (FRA) and the International Holocaust Remembrance Alliance (IHRA) call for greater efforts to acknowledge and reflect on the horrors of the past and to stand up against all forms of xenophobia and intolerance.

“I am very worried about the increasing prevalence of intolerance and acts of hatred around Europe,” said FRA Director Michael O’Flaherty. “To forget the victims of the Holocaust would be to dishonour them. At the same time, a keen sensitivity to the past can be harnessed for the present. This appalling episode in human history demonstrates the non-negotiable need for respect and tolerance across our societies today.”

“It is important to remember that the Holocaust did not begin with murder – it began with words and progressed to the denigration of fundamental rights, culminating in genocide. This is why the International Holocaust Remembrance Alliance feel so strongly about combating all forms of hate speech, including antisemitism. Hate speech does not respect national borders so we stand united with our international partners, including the EU Agency for Fundamental Rights, to tackle this scourge at the roots,”  said Ambassador Mihnea Constantinescu, Chair of the IHRA.

In the wake of the Second World War and the terrible tragedy of the Holocaust, the Universal Declaration of Human Rights was developed as a comprehensive corpus of rights to which everyone is entitled on the basis of the humanity we all share. The rights set out in the Universal Declaration subsequently evolved further in international treaties, national constitutions, policies and laws.

However, despite the strong international and European human rights framework, we are witnessing massive backsliding on human rights commitments in many places. This makes it all the more important to fight Holocaust denial and distortion, and to learn from the past in order to ensure future generations in Europe are not confronted with the horrors of war and genocide.

The Fundamental Rights Agency is one of the IHRA’s seven permanent international partners. Together, we are committed to honouring the victims of the Holocaust and raising awareness of the past today in order to prevent the fundamental rights violations of the future. The Holocaust shows us the potential consequences of policies that deprive people of their fundamental rights and trample on human dignity. Holocaust and human rights education can therefore teach us much about the role of remembrance and good citizenship, which is so needed today.