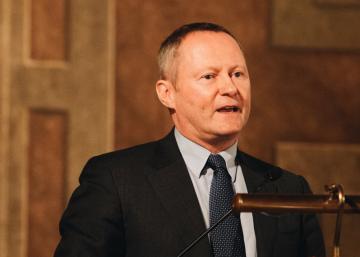 The FRA Director warned that the EU is a community of values under threat, during a conference on refugees organised by the International Holocaust Remembrance Alliance (IHRA) and the Holy See. He cited the example of Europe’s inadequate response to the migration crisis with compassion, generosity and wisdom. “Our societies struggle to identify actions that are adequate to the task and that are respectful of the rights of all concerned,” he said. However, “I believe that the Human Rights system we have constructed is resilient and will provide the answers we need,” he added in concluding the conference.

Whereas some parallels between the experiences before, during and after World War II and today exist, the Director also pointed to differences. Here he pointed to today’s strong legal European framework as well as the process of European integration that puts Member States under an obligation of solidarity and can offer avenues for burden-sharing. The Director called upon all relevant actors to rise to their responsibility, recalling that, unlike in the past, we cannot claim to be surprised by the scale and nature of the current migration crisis.

He concluded the conference stressing that he was impressed by the “remarkable good practices, the fundamental goodwill and the astonishing achievement that is the Human Rights system.” He commended the idea of learning from the past to inform the future, encouraging policy makers to reflect on the events of history and also to learn from countries who have a great deal of expertise in responding to and integrating refugees.

The conference took place on 17 February in Rome. It looked at refugee policies from 1933 until today focusing on challenges and responsibilities. It brought together experts in Holocaust history and contemporary policy makers.

Preliminary outcomes and suggestions emerged from the conference and were grounded in the history of the Holocaust. Aimed at policy makers, international organisations and civil society, some of the suggestions included: collecting war crimes evidence from refugees, enhancing cooperation between NGOs and the state, reaffirming respect for the value of international law, its implementation, and human rights. The perspective of refugees, and the impact of statelessness and powerlessness on displaced persons were also highlighted.