Living in poverty violates the fundamental right to dignity 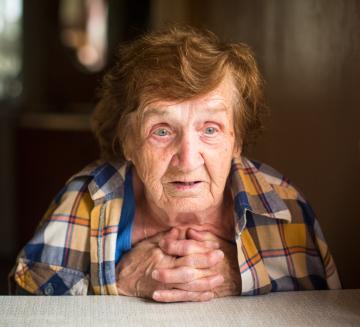 Today, 17 October marks the International Day for the Eradication of Poverty. The adoption of the UN's Sustainable Development Goals for 2030 has provided a new agenda to address poverty eradication. While globally one billion people live in extreme poverty and more than 800 million endure hunger and malnutrition, in the European Union, one of the richest regions of the world, every fourth person experiences at least one of three forms of poverty or social exclusion.

According to Eurostat severe material deprivation and very low work intensity affect 8.1% of EU residents and 10.6% of EU citizens aged 0 to 59, while the share of women suffering from poverty or social exclusion remains higher than the corresponding share of men. Furthermore, as a recent study by the European Foundation for the Improvement of Living and Working Conditions highlighted, one in ten of European workers are at risk of poverty and 13% are materially deprived, meaning that the ‘working poor’ represent now a worrying proportion of working people in the EU with potentially far reaching negative consequences on social cohesion.

The uneven distribution of poverty within Member States, leads to the overrepresentation of young people, as well as certain vulnerable social groups, among the poor. For example, this is the case for Roma, the EU’s largest ethnic minority. In the nine Member States that FRA surveyed in 2016 which have the highest proportion of Roma, 8 out of 10 Roma live at-risk-of-poverty and nearly 4 out of 10 Roma live in households without a toilet, shower or bathroom inside their home. The vicious cycle of poverty is cause and consequence of fundamental rights violations, including discrimination, calling for a rights-based approach to reducing poverty.

The EU's Fundamental Rights Charter includes the right to social and housing assistance to ensure a decent existence for all those who lack sufficient resources. It also contains the right to engage in work, the right to education and to vocational and continuing training, as well as the right to healthcare. However, persisting inequalities within and across Member States affect the enjoyment of these rights, which means that efforts to reach the targets set by Europe 2020 have not produced the expected results to date. In this regard, the proposed European Pillar of Social Rights can be the starting point for a renewed effort to tackle poverty and improve the enjoyment of fundamental rights, both mutually reinforcing dimensions of life in dignity for everyone in the European Union.