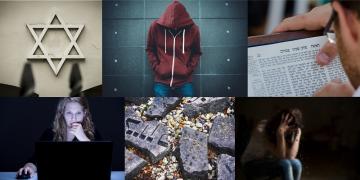 The EU Agency for Fundamental Rights continues to point to the problems of limited data in its latest annual overview of antisemitism data from across the EU, as it remembers the wave of violent anti-Jewish events of 'Kristallnacht' on 9 November 1938. Without such data, efforts to combat antisemitism will remain general and untargeted.

This latest report, Antisemitism: Overview of data available in the European Union 2006–2016, reveals how official data on reported antisemitic incidents in 2016 were missing in 11 EU Member States. Large-scale under-reporting by victims and different national approaches to data collection combine to frustrate efforts to understand the extent, nature and characteristics of antisemitism across the EU that policy makers need.

Nevertheless, in some Member States Jewish and general population surveys have been carried out, albeit using different approaches. Combined with the data that does exist, they show that antisemitism remains a serious concern which requires action.

National victimisation surveys, similar to the one the Agency carried out among Jews in the EU in 2012 and is repeating in 2018, can also guide Member States in the fight against antisemitism.

Education also has a vital role to play in fostering tolerance and challenging prejudices. Civic education, and learning from and teaching about the past, should become part of school curricula. This would help promote diversity, tolerance and respect for others from an early age. It would instil empathy, foster inter-cultural dialogue and understanding, and help put an end to age-old bigotries.

The updated report compiles available data on antisemitic incidents collected by international, governmental and non-governmental sources, from 1 January 2006 until 31 December 2016. No official data on reported antisemitic incidents in 2016 were available for Bulgaria, Cyprus, Estonia, Hungary, Ireland, Italy, Lithuania, Malta, Portugal, Slovenia and Sweden by the time this report was compiled.