Stronger protection in migration hotspots to guard against human trafficking 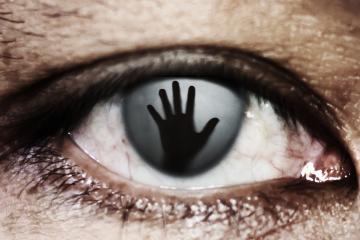 Human trafficking remains a grave concern in the European Union. It is also one of the protection challenges in the migration hotspots where various initiatives are aiming to help address the phenomenon.

Ahead of EU Anti-Trafficking day on 18 October, the European Union Agency for Fundamental Rights (FRA) calls for stronger anti-trafficking safeguards in hotspots. It highlights some of the challenges and steps taken at hotspots to support EU-wide efforts in addressing human trafficking in the context of migration.

In its regular visits to Greek and Italian hotspots, the Agency has advocated for increased attention on the issue of trafficking. This is a key issue especially as increasing numbers of single women and unaccompanied girls arrive in Italy from the main risk countries for  trafficking. Hotspots in Greece become seriously overcrowded affecting people’s safety. In many EU Member States unaccompanied children continue going missing with an increased risk of falling into the hands of traffickers.

Important steps have been taken by various actors operating in the field. For example, in Greece in June, Standard Operating Procedures for preventing and responding to sexual and gender-based violence were finalised. They facilitate the joint referral for women, men, boys and girls at risk, including victims of trafficking. Capacity-building activities with a focus on human trafficking in hotspots were stepped up with a series of workshops organised by Frontex for deployed screening officers, the Hellenic police, the EU’s law enforcement agency (Europol) and others active in the field. In Italy, targeted counselling of new arrivals at risk, changes to the guardianship system and increased availability of shelter for unaccompanied children has resulted in shorter times children spend in hotspots and better protection.

Even so, continued attention to preventing and responding to human trafficking and other forms of sexual and gender-based violence is needed. Stronger protection safeguards are needed in the hotspots to provide appropriate, gender specific and child sensitive assistance and protection for victims of  trafficking. These include:

Such safeguards could significantly contribute to EU-wide efforts to address human trafficking and raise awareness, just some of the aims of the EU Anti-Trafficking day.