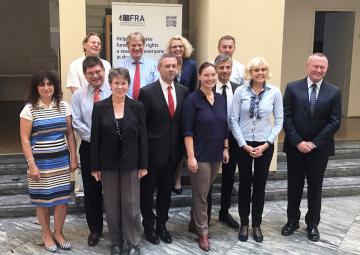 The 3rd Scientific Committee of the EU Fundamental Rights Agency had its first meeting on 10-11 September in Vienna.

During the meeting, the eleven independent members became familiar with the mandate and strategic priorities of the agency. The Committee elected Anja Mihr as its first Chairperson and Kieran Bradley as its first Vice-Chairperson for a term of one year. The Scientific Committee meets four times a year and is over a term of five years mandated to guarantee the scientific quality of the agency’s work.