How to avoid unlawful profiling – a guide 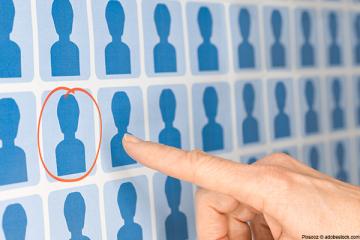 In policing and border management, officials increasingly use profiling to support their work. But is it always lawful? The European Union Agency for Fundamental Rights’ updated guide helps answer this question with tips on how to avoid unlawful profiling.

It is primarily aimed at police and border guard trainers. However, it is also useful for law enforcement and border management officials who need to understand how to do profiling lawfully when carrying out stop and search operations or border checks, for example.

The guide can help boost public trust and confidence in policing and border control by reducing biased and seemingly discriminatory checks. This in turn, helps improves the effectiveness of policing and border management, and ultimately increases security and safety.

It outlines what is meant by profiling and when it becomes unlawful. Unlawful profiling includes, and goes beyond, discriminatory ethnic profiling. It covers discrimination based on all grounds such as ethnicity, age, nationality and gender, as well as data protection and privacy.

In doing so, it underlines how profiling, if done incorrectly, can undermine community relations and trust. It also gives examples of good practices and principles that should be used. These include:

The guide builds on FRA’s 2010 edition in light of the EU’s tighter data protection rules that apply since May 2018. It also reflects technological advances, particularly the ever-growing use of computer algorithms to analyse large datasets for profiling.

It has also been expanded from law enforcement to also cover border management. In addition, discriminatory profiling on all grounds, rather than just a focus on ethnic profiling, which was thoroughly covered in the first edition.

The guide is available in English. Other language versions will follow.