Antisemitism in the EU persists seven decades after the Holocaust 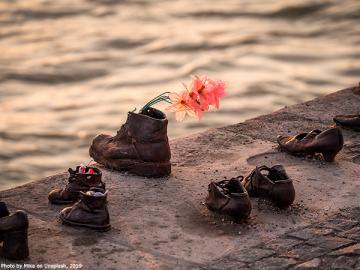 With antisemitism once again on the rise, International Holocaust Remembrance Day on 27 January is a moment to reaffirm our commitment to human rights and remember the millions who were killed during the Second World War.

“FRA welcomes the renewed pledge to better protect Jews in Europe,” said FRA Director Michael O’Flaherty. “In honouring the victims of antisemitism past and present, we stand firm in working towards ensuring that hate and discrimination have no place in our society.”

In the years leading up to the Holocaust, hate, prejudice and racism towards Jews were all too common across society. The gradual normalisation of antisemitism paved the way for one of the worst atrocities ever to take place in Europe.

More than seven decades later, once again Europe is haunted by widespread antisemitism. It not only threatens our Jewish communities, but also the very values of human and fundamental rights on which we have built the European Union.

In December last year, the agency published the results of the biggest antisemitism survey of its kind ever worldwide.

The results of the reports shows a frightening reality of what it is like to be Jewish in the EU today. It serves as a powerful indication of the views of almost the entire Jewish population living in the EU.

Worryingly, FRA’s survey results contrast with the general public’s view where only 36% believe that antisemitism has risen, according to the most recent Eurobarometer results. Worse still, only 4 in 10 Europeans think the Holocaust is sufficiently taught in schools. And among people who ﬁnished their education earlier, even less.

Such findings serve as a clear reminder of the urgent need to roll out more effective measures to prevent and fight antisemitism. The European Commission’s call for an expert group should help spearhead these efforts. This includes raising awareness of antisemitism today combined with Holocaust education.

International Holocaust Remembrance Day marks the anniversary of the liberation of Nazi Germany’s most notorious death camp, Auschwitz-Birkenau, where hundreds of thousands of Jews were murdered.

It reminds us that by better understanding the Holocaust, we can help ensure the lessons and dangers of the past do not continue to haunt Europe today.