Protection of the rights of people with disabilities, from the perspective of petitions received

Speaker:
Constantinos Manolopoulos
Event:
Protection of the rights of people with disabilities, from the perspective of petitions received

Speech on behalf of Constantinos Manolopoulos, FRA Director ad Interim, at a public hearing by the European Parliament's Petitions Committee on 'Protection of the rights of people with disabilities, from the perspective of petitions received', 15 October 2015 in Brussels, Belgium.

Members of the European Parliament,

Thank you very much for the invitation to this important hearing. Unfortunately the Director of the European Union Agency for Fundamental Rights cannot make it here today but asked me to deliver this speech on his behalf.

Petitions and complaints mechanisms help make rights a reality. They give individuals, including people with disabilities, the tools to claim their rights.

In this context, I would like this morning to address three issues:

To begin, the role complaints play in turning fundamental rights commitments into outcomes

The EU and its Member States are obliged to uphold the rights of people with disabilities, enshrined in the CRPD and translated into individual laws, policies and strategies. In different ways, these standards serve to promote and protect the rights of people with disabilities. They also provide the platform against which any complaints can be made.

But as the present European Commission reiterated, such measures are only useful if they are fully adopted, accepted and implemented on the ground. The proposed Equal Treatment Directive and Accessibility Act are two cases in point. Both pending, both awaiting adoption, both key to unlocking the potential of people with disabilities.

But we also need to focus on the implementation of what we already have. Here, complaints – including the petitions this committee receives – can play a crucial role.

The opportunity to access justice – to make a complaint and for it to be heard and ruled upon – is central to securing the meaningful enforcement of rights. It lies at the core of what it means to turn standards and principles from words on a page to real life benefits for people in their daily lives.

Access to justice enables and empowers individuals. It allows them to enforce other rights and to obtain redress when rights have not been respected. But, redress mechanisms not only remedy violations. Through their rulings and decisions they can also clarify the meaning of existing standards and give guidance on how to ensure respect for rights in the future.

Which brings me to the challenges individuals face when trying to realise their rights.

Results from FRA’s surveys on the experiences of women, ethnic and religious minorities, migrants or lesbian, gay, bisexual and transgender persons share a common thread: Widespread under-reporting of incidents of discrimination or hate crime. As just one example, over 80 % of members of ethnic minority or migrant groups in the EU who experienced discrimination did not report it to any authority or redress mechanism.

This suggests that the actual number of complaints received by redress mechanisms are only the tip of iceberg. What lies beneath remains largely unknown.

But why is there so much underreporting?

Firstly, people often simply don’t know what rights are protected. We know that rights awareness tends to be low from our own surveys. Eurobarometer results published at the start of this month paint a similar picture: less than half of the survey respondents were aware of their rights in cases of discrimination or harassment.

Secondly, there is a lack of knowledge about where and how to complain. Sometimes this is further complicated by different bodies being responsible for different complaints. These include courts, tribunals, national human rights institutions, equality bodies or ombuds organisations, making it difficult to know where to turn, as FRA evidence has shown.

For people with disabilities, this is often compounded by a lack of accessible information about complaints procedures. For example, FRA evidence shows that only six Member States provide information about how and where to complain about problems encountered when trying to vote on websites that meet accessibility standards or in other accessible formats.

Thirdly, there are practical barriers in bringing complaints, such as lengthy and often costly procedures.

These obstacles are often even worse for people with disabilities, preventing them from being able to exercise their right to access justice on an equal basis with others. For example, FRA evidence on the right to political participation revealed that in 19 Member States people deprived of their legal capacity are not able to access justice directly. Instead, these individuals must first regain their legal capacity or have their guardian make the complaint on their behalf. In addition, evidence from interviews with people with intellectual or psychosocial disabilities shows that support to lodge complaints is particularly important, but frequently lacking.

So, how can we better protect fundamental rights in practice?

Redress mechanisms, both judicial and non-judicial, lie at the heart of this process. But research and evidence-based advice is also vital: it can identify the obstacles that individuals face when looking for redress and point to how they can be overcome. Or in the words of Navi Pillay, the former UN High Commissioner for Human Rights:

“Only robust and accurate statistics can establish the vital benchmarks and baselines that translate our human rights commitments into targeted policies, and only they can measure how effective those policies truly are.”

We have already seen the value of research this morning in the report on PETI’s role in implementing the CRPD. Similarly, the data and analysis provided by FRA can be used to underpin sound evidence-based policy making.

Then there is question of getting the information from the ‘victims’ themselves.

The recent PETI hearing in September is one good example. Civil society, such as disabled people’s organisations, is another. They help voice the concerns of people of disabilities and can sometimes take forward complaints on the behalf of individuals.

But bodies dealing with complaints such as PETI, the European Ombudsman or national human rights bodies – including those acting as independent monitoring frameworks under the CRPD – often need more extensive and comprehensive data to support their decisions. Here they can also draw on the growing evidence base and independent expertise from FRA and others to help them handle complaints.

Lastly, there is the need for comprehensive awareness-raising and outreach activities to make people more aware of their rights and give them the information they need to seek redress.

A small contribution by FRA in this respect is a new web-based tool called ‘Clarity’. This tool, developed together with 15 national human rights bodies, points people to the appropriate non-judicial complaints body that deals with a particular fundamental rights issue in a given EU Member State. People with disabilities can also make use of this accessible tool, which is now in its pilot phase.

This is just one example of what can be done. The recent recommendations from the UN on the EU’s implementation of the CRPD provide further guidance. The EU Framework has an important role to play in ensuring these recommendations are followed up. Here, the PETI Committee’s input and expertise will be crucial.

FRA stands ready to work with its fellow EU Framework members and other relevant bodies to support this follow up in whatever way it can, through evidence-based advice, training and awareness-raising. 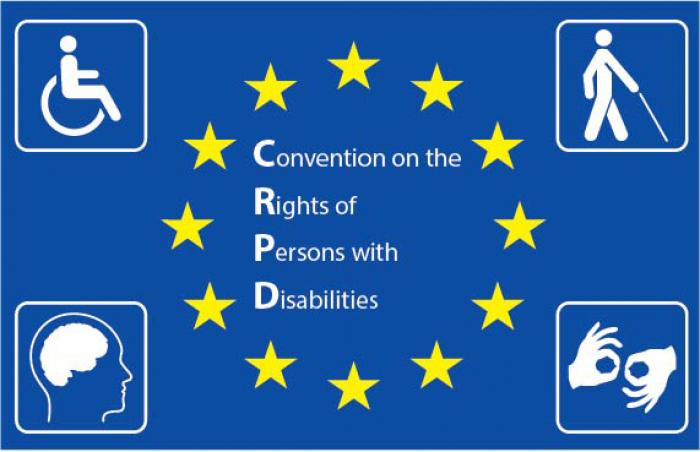 Members of the EU’s monitoring Framework for the UN Disability Convention met today in Brussels at a high-level meeting and renewed their commitment to promote, protect and monitor the rights of people with disabilities in the EU. This commitment is part of the EU’s obligations following its accession to the UN Convention on the Rights of Persons with Disabilities (CRPD).

FRA is mandated to provide the European Parliament with assistance and expertise relating to fundamental rights, either on its own initiative or at the request of the parliament itself.