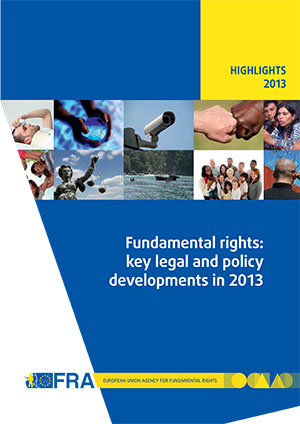 FRA online survey on Jewish people’s experiences and perceptions of discrimination, hate crime and antisemitism collected responses from 5,847 self-identified Jewish people in eight EU Member States – Belgium, France, Germany, Hungary, Italy, Latvia, Sweden and the United Kingdom. The survey was open to all respondents who considered themselves Jewish (based on e.g. religion, culture, upbringing, ethnicity, parentage), were 16 or older, and living in one of the survey countries. In addition to the eight countries, survey data collection was carried out also in Romania, but due to the small number of respondents from Romania FRA’s comparative analysis focuses on the eight EU Member States where a larger sample size was achieved.

The survey data collection was managed by a joint team from Ipsos MORI – a survey research company – and the Institute for Jewish Policy Research (JPR), based on the data collection methodology developed with FRA. This is the first EU survey to collect comparable data on Jewish people’s experiences and perceptions of hate-motivated crime, discrimination and antisemitism. The survey asked respondents’ opinions about trends in antisemitism, antisemitism as a problem in everyday life, witnessing antisemitic incidents and worries about becoming a victim of an antisemitic attack (personal safety, safety of children, other family members and friends). The survey also provides data on the extent to which respondents consider antisemitic acts against the Jewish community, such as vandalism of Jewish sites or antisemitic messages in the broadcast media or on the internet, to be a problem in their countries. Furthermore, respondents were asked about their personal experiences of antisemitic incidents – harassment, violence and vandalism of property which the respondents felt took place because of them being Jewish. They could also describe their experiences of discrimination – in general and specifically linked to being Jewish – and their awareness of laws that exist to protect Jewish people from discrimination and hate crime.

The FRA survey results will help support policy makers and other stakeholders in tackling discrimination and hate crime against Jews across the EU. In light of this, FRA suggests several steps to support EU and national policy makers in developing and implementing measures designed to safeguard the fundamental right of Jews.

The survey results will be published in November 2013.