‘Hotspots’ are facilities set up at the EU’s external border in Greece and Italy for the initial reception, identification and registration of asylum seekers and other migrants coming to the EU by sea. They also serve to channel newly-arrived people into international protection, return or other procedures.

Map of hotspots in Greece and Italy 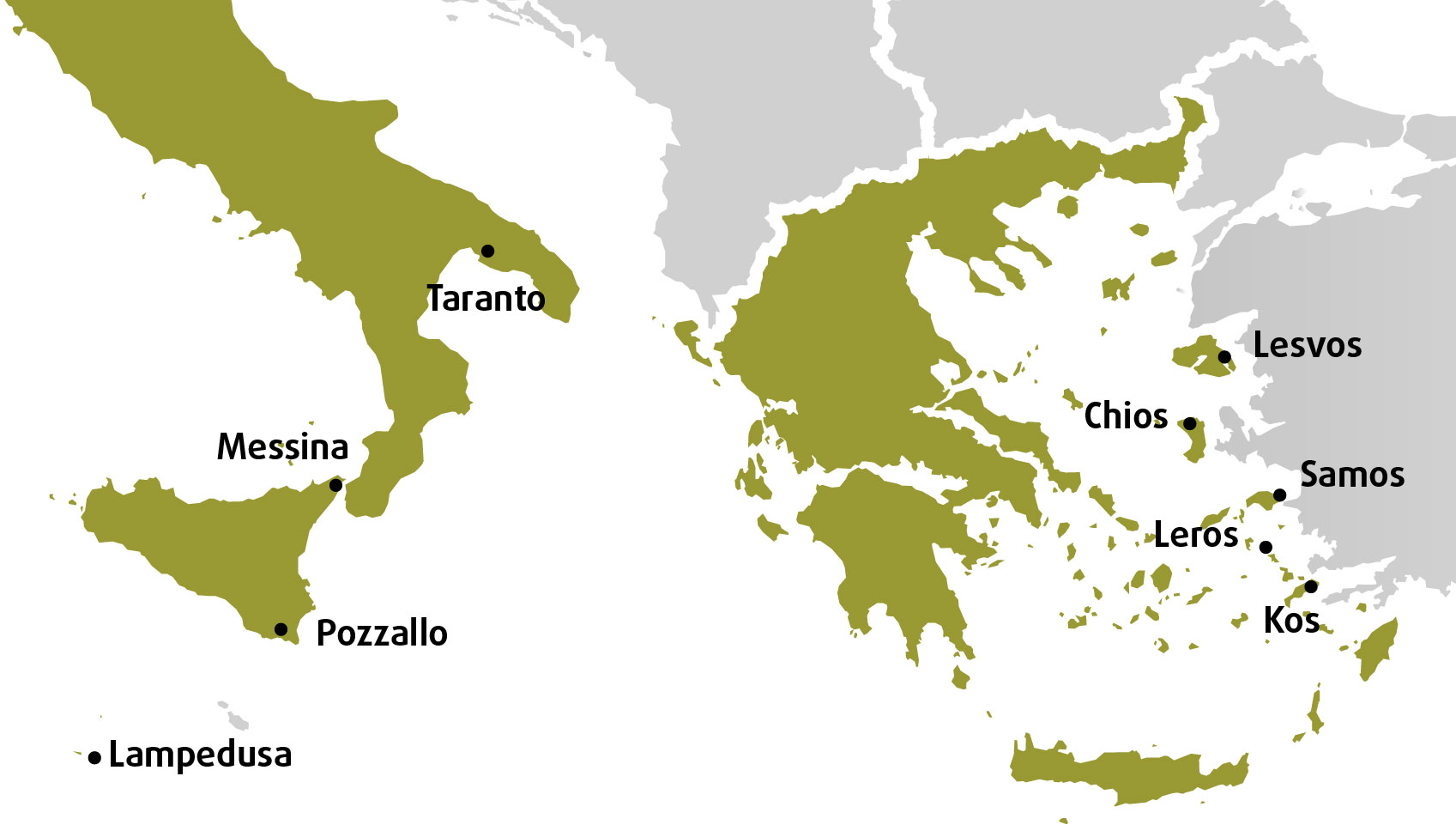 11/03/2019
In response to a request of the European Parliament of 22 February 2019, the EU Agency for Fundamental Rights has issued an update of its 2016 Opinion on fundamental rights in the ‘hotspots’ set up in Greece and Italy – February 2019.
15/11/2018
The Agency held an awareness raising session on 6 November in Chios on the prevention and management of self-harm incidents in migration hotspots.
29/06/2018
From 18 to 20 June, the Agency visited two migration hotspots and three reception centres for asylum seekers and victims of trafficking in Sicily.
29/06/2018
The Agency presented key findings from its periodic migration reports on the situation of people arriving in the EU during a conference organised by the Jesuit Refugee Service (JRS).
01/02/2018
The Agency’s Director, together with the Head of the Freedoms and Justice Department, took part in the Informal Justice and Home Affairs (JHA) Council Meeting in Sofia from 25 to 26 January, which was held under the Bulgarian Presidency of the Council of the EU.