Tighter laws continue to hit migrants across the EU 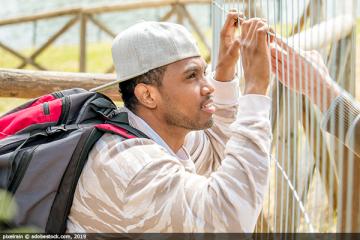 The report identifies changing migration laws that will make life harder for migrants.

For example, the Italian Parliament approved significant migration reforms. They replace humanitarian residence permits with more specific temporary permits. As a result significantly fewer people will qualify for protection. They widened the types of criminal offences that can revoke protection or reject asylum claims. In addition, the Italian approach to reception has changed: the national asylum seeker and refugee protection system, often cited as a good practice, will be restricted to only those who quality for protection; asylum applicants will be kept in lower quality facilities and greater limits will be placed on access to local services, such as training.

Elsewhere, in Croatia, a new law on immigration detention is restricting migrants’ access to non-governmental organisations and lawyers, making legal aid harder to receive. In Germany, asylum law amendments oblige unaccompanied children and young adults to provide supporting identity and proof of age documents during repeal and withdrawal procedures. Not only could it complicate and lengthen procedures, it also means they now have to help authorities revoke their protected status. And in Austria, proposed social welfare cuts that link benefits to employability may disproportionately affect migrants who do not have the necessary language skills yet.

Practices are also changing. In Poland, authorities can now classify some residence permit and asylum files as ‘secret’. This prevents applicants and their legal support from accessing the files they need during judicial review. In France, residence permits for migrants with serious health issues have fallen by almost 40% in the last two years. This is due to changes in the review process as Interior Ministry, and no longer Health Ministry, attached doctors are responsible for medical assessments. And in Sweden, housing shortages have led some municipalities to not recognise people’s right to continue living in the same municipality beyond the two-year induction period.

Member States continue to make it hard for civil society search and rescue operations to dock. Delaying the disembarkation of migrants as Member States discuss who will accept them places migrants, often women and children, under inadequate conditions onboard until a solution is found.

At the borders, there were reports of ill treatment towards migrants as many are violently pushed back across borders.

The plight of migrants stuck in severely cramped reception and detention centre conditions, particularly in the migration hotspots on the Greek islands, remains an issue. Over two times as many migrants as there should be are living in containers with some having to live in tents due to the overcrowding; these tents are unsuitable for the winter conditions. Similarly, conditions in some reception centres in Sofia, Bulgaria and in the informal camps in northern France have worsened. And in Mellila, Spain, the restriction of movement of migrants, asylum processing delays of up to two years and the situation of unaccompanied children remain concerning.

Covering on the situation in the former Yugoslav Republic of Macedonia for the first time, the report points to ineffective asylum procedures that often drives applicants to seek ways to leave the country irregularly. It also notes a 4.5 times increase in attempts to enter the country unauthorised compared to the year before and the need for more resources at the borders.