Balancing freedom of expression in the modern world 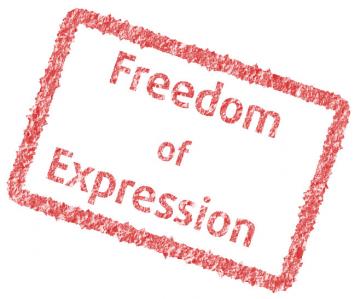 Freedom of expression is a vital human right in any well-functioning democracy enabling many other rights, said FRA Director Michael O’Flaherty during his speech to the human rights committee of the Polish national council of attorneys at law in Warsaw on 1 December. He spoke of some of the challenges of upholding this right, at a time when support for promoting and protecting human rights appears to be weakening in some parts of Europe.

He gave the example of media freedom to illustrate some of the challenges. Here he spoke of how “media voices in many places are challenged, muzzled and silenced”. He also warned of how monopolistic tendencies in media markets is also putting pressure on journalistic freedom.

However, there are also limits to freedom of expression. But any limits should respect such principles as legality, necessity, proportionality and non-discrimination. He also singled out the legal requirement to prohibit and penalise certain forms of extreme hate speech. This is a growing and worrying phenomenon online and off affecting a wide cross section of society - from women to minorities - as repeatedly evidenced by FRA work.

The FRA Director referred to the opinions of regional and international monitoring bodies, as well as FRA itself, on how to battle hate speech. These call for legal reforms, law enforcement, promotion of responsible journalism, investing in public awareness and education on the value of free speech.

Such efforts should be situated in a broader context. They must form part of a wider commitment and investment in building “a society that has human rights values at its heart – a society that invests in equality; that cherishes diversity; that delivers fair and independent justice.”

In closing, as an example of Polish human rights leadership he cited the words of Pope John Paul II on the importance of human rights: “Although each person lives in a particular concrete social and historical context, every human being is endowed with a dignity that must never be lessened, impaired or destroyed but must instead be respected and safeguarded”.