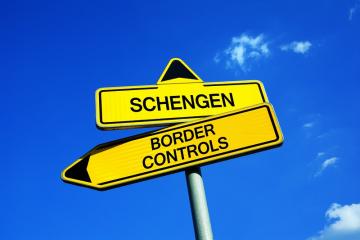 Stricter border management policies remain in effect in a number of Member States, according to Agency’s latest report on migration-related fundamental rights issues. Pushbacks and refused entry for asylum seekers are just some of the challenges facing migrants when trying to enter or travel through the EU. Harsh winter conditions are also making conditions difficult for migrants.

Looking at the situation across 14 EU Member States, the report reveals how in Croatia, France and Poland migrants are being sent back without the chance to lodge claims for international protection. In Hungary the border transit zone policy has tightened with the daily cap of people being admitted falling from ten to two. This may lead to people left waiting in Serbia for years. In addition, Austria, Denmark, France, Germany and Sweden continue to maintain temporary border controls.

Although asylum applications across the EU almost halved in 2017 compared to 2016, it varied from country to country. In most Member States numbers continued to fall, with the exception of France, Greece and Spain.

For those already in the EU, problems remain. The situation of people arriving irregularly in Spain by sea remained critical. According to the Ministry of Interior, more than 22,100 people arrived in 2017 – almost triple the number in 2016. Last year, some 223 people died trying to cross the Mediterranean Sea to reach Spain, while this year, at least 75 have already lost their lives. Newcomers continued to face difficulties accessing asylum procedures, and the identification and treatment of vulnerable people, such as children, women or victims of trafficking remained inappropriate.

In Greece, in the hotspots on the islands of Chios and Samos, several people including families with very small children were facing harsh weather conditions in tents without heating.

In France, the authorities continued to take – sometimes violent – evacuation measures against informal camps reappearing in the north of France at Calais and Grande-Synthe, where several hundred people are living, NGOs reported. Many children in Ventimiglia, Italy, are living in informal camps in appalling conditions or in the local reception centre together with adult asylum seekers, according to media reports. In Sicily, the NGO ‘Terres des Hommes’ reported that some children who arrived from Libya in extremely poor psychological and physical condition had to wait up to 13 months in local first reception centres before being transferred to reception centres for children.