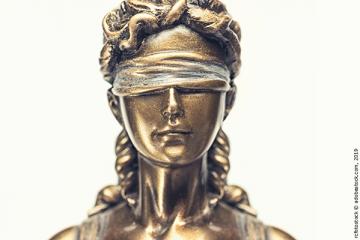 About 1 in 7 people every year are victims of crime across the EU. On 22 February, European Day for Victims of Crime, the EU Agency for Fundamental Rights calls on Member States to offer better protection to ensure safeguarding victims’ rights is not just a paper exercise.

Violence, in whatever form its takes, violates the values the EU holds dear. And it violates fundamental rights.

Those whose rights are violated by violent offenders have a right to criminal justice – to an effective investigation and to proceedings that will lead to the identification, conviction and punishment of offenders.

Victims of violence are entitled to be acknowledged as the ones whose rights are violated, to be heard by a court and to receive justice to right the wrongs done to them.

The EU’s Victims’ Rights Directive grants victims a right to recognition and to participate in criminal proceedings. And victims have a right to be empowered by support services and legal advice.

But Member States need to fully deliver on their obligations under the directive.

As guidance, FRA will release a series of reports in April. They will look at victims’ rights, how they apply during criminal proceedings and what this means when it comes to sanctions. There will also be a particular focus on women as victims of partner violence.

The reports build on research that assessed how victims experience rights in practice during criminal proceedings. It looked at the national laws that seek to fulfil, promote and protect the fundamental rights of victims’ access to justice and how this translates on the ground.

Part of this involved speaking to victims of violent crime as well as practitioners - support service staff, the police, public prosecutors, judges and lawyers representing victims - to get a better overview on what works in practice and what still remains to be done.

Initial findings suggest that on paper at least victims’ rights are improving. Victims are entitled to better greater access to justice and remedies. But the findings also suggest that the reality on the ground is failing to keep pace, as victims are often left frustrated with judicial proceedings. And in the case of victims of partner violence, most women who reported their attacks to the police often remain without protection.

To bridge the gap between  existing victims’ rights and those fulfilled, Member States need to step up and give victims the support they need to get justice and rebuild their lives.