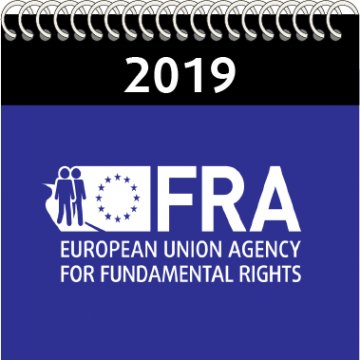 Throughout 2019, the agency will continue to work steadfastly for everyone to promote and protect human rights, in a year that marks 10 years of the European Union’s very own bill of rights, the Charter of Fundamental Rights.

The agency will join the European Commission and the Finnish Presidency of the European Union (EU) in its anniversary celebrations in 2019 in recognition of the far ranging protection offered to the Union’s 580 million inhabitants. As the EU’s unique and independent centre of human rights excellence, FRA will continue to release a wide range of reports and convene events, which examine the state of human rights in the EU 10 years after the Charter entered into force.

We will continue to support efforts to deliver on the ground the findings of regional and international human rights monitoring bodies. Here, the agency’s ground-breaking online tool, the EU Fundamental Rights Information System (EFRIS), will provide the one-stop-shop so needed by Member States and the EU to keep track of their obligations and monitoring bodies’ assessments.

Turning to particular issues, migration will remain a priority for the agency. It will continue to deliver frontline support in migration hotspots and report regularly its migration related overviews of fundamental rights concerns in various Member States.

In addition, the agency will issue a report focusing on the long-term impact of the 2015 asylum emergency. It explores what happened to the people who sought asylum in the EU in 2015 in six EU Member States, particularly young people aged between 16 and 24. It assesses the long-term implications on fundamental rights protection, covering issues related to reception and integration.

Roma will continue to be a priority for FRA. It will again work with Roma communities on the ground across the EU countries. FRA will collect comparable data that policymakers need to improve the plight of Europe’s largest ethnic minority and often most socially excluded group.

The agency’s work on severe labour exploitation of migrant workers will also feature during a conference in June 2019, at the end of Romania’s EU Presidency. It will build on some of the reports already released in 2018, which highlight how severe labour exploitation largely remains undetected and unreported because of its illegal nature and the vulnerabilities of its victims.

In 2019, the agency will also publish a series of reports that focus on access to justice for victims of violent crime. One of these will specifically look at domestic violence against women – physical, sexual or psychological – which remains a pressing human rights issue in the EU and its Member States. The family of reports will examine how police forces and support services respond when abuse is reported.

FRA will also roll out its 2nd EU-wide LGTBI survey, which collects and documents the experiences of discrimination and hate crime against lesbian, gay, trans, bisexual and - for the first time - intersex people across the EU and the former Yugoslav Republic of Macedonia. The first results are expected at the end of the year.

The agency will continue promoting the findings of its survey about the shocking plight of Jews across the EU that were released in December 2018. It will raise awareness about the pervasive and persistent nature of antisemitism that continues to haunt Europe. It will work towards stimulating debate about how best governments and society can move forward to fight the everyday hate, harassment and discrimination that many Jews face.

Another landmark survey of which fieldwork starts in 2019 is the agency’s Fundamental Rights Survey. This general population survey will focus on situations that people in the EU face in their everyday lives – from a fundamental rights perspective –ranging from data protection to equal treatment, access to justice, consumer rights and good administration.

As in previous years, FRA will also release its annual Fundamental Rights Report drawing attention to the human rights achievements and challenges facing Europe. This year, there will be a particular focus on how the Sustainable Developments Goals can enhance the promotion and protection of human rights in the EU.

All in all, on the anniversary of the EU’s Fundamental Rights Charter, 2019 is shaping up to be yet another busy year for the agency working with the EU for the strength and protection of fundamental rights.