Hard migration line continues to feature across the EU 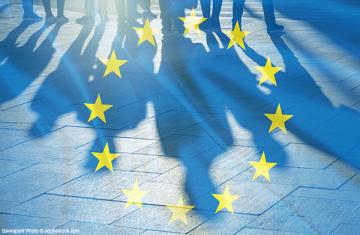 The report looks at the situation across 14 EU Member States. It continues to flag severely cramped reception and detention centre conditions, particularly in the migration hotspots on the Greek islands. For example, Samos hosted almost six times more asylum seekers than its official capacity. As a result, some camps are being fined or threatened with closure because of the conditions.

Informal camps continue in France where conditions are worsening. In Spain, asylum seekers in Melilla and Ceuta are not allowed to travel to mainland Spain without permission.

In addition, changing migration laws are making it harder for migrants to claim asylum.

For example, in Italy, asylum reforms abolish humanitarian protection and prevent asylum seekers from obtaining legal residency in Italy. The reforms will remain in force, if transposed by Parliament by 4 December. This will make detention and returns more likely, and make it harder for asylum seekers to access local services, such as training.

In Hungary, new rules have meant that asylum applications are inadmissible if people arrive from a country where they are not persecuted. This change affects many, as migrants often enter through Serbia. And in Sweden restrictions on granting residence permits to refugees and limiting family reunification until the end of 2019 remains a concern.

At the borders, there were reports of ill treatment towards migrants. Croatian and Hungarian police have used force to push back migrants, and in Poland asylum seekers were refused entry at crossing points with Belarus and Ukraine.

In Greece, 12,700 migrants entered the Evros region by land, double the number of compared to 2017. There have also been at least 40 deaths; many drowned in the fast-flowing Evros River.

In addition, internal border controls with neighbouring EU countries have created tension. In some cases, they have been challenged as being unconstitutional.

There are also concerns that discriminatory violence is on the rise in Bulgaria, Finland, Germany, Greece Hungary, Italy, Poland and Spain.