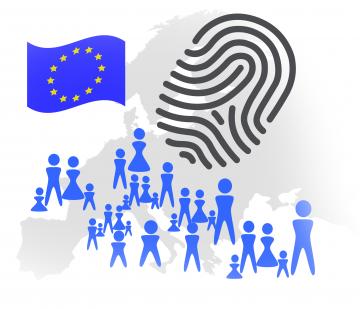 The proposal to revise the rules governing the EU’s large-scale biometrics database, Eurodac, may jeopardise or enhance the rights of migrant children, suggests the latest Opinion from the European Union Agency for Fundamental Rights (FRA). It examines the impact on children and suggests greater emphasis on child protection. It reveals how this particularly vulnerable group needs stronger child protection safeguards to ensure they are not coerced to give fingerprints, they understand what is happening to them and their right to asylum is not affected.

Eurodac was created to help determine which EU Member State should examine asylum applications for international protection. It currently stores the fingerprints that all asylum seekers and migrants apprehended at the EU’s external borders must provide. It allows Member States to check if someone has already elsewhere applied for asylum or been apprehended when crossing external EU borders. Law enforcements authorities can also access it to help fight serious crime and terrorism.

The European Commission has proposed revising the Eurodac Regulation to expand the scope so it can also be used to control irregular immigration and movement within the EU. Facial images and personal data would also be stored instead of just fingerprints and basic data such as gender and Member State. Personal data would also be kept for longer (ten years for international protection applicants and five years for those who have been apprehended) and the age for capturing data from children would be lowered from 14 to 6.

The European Parliament asked the Agency to provide its Opinion on the fundamental rights impact of the proposals on children. Some of the suggestions to ensure the Regulation fully respects the EU Charter for Fundamental Rights and international human rights treaties include:

FRA issues Opinions on specific thematic topics, following requests for advice from the European Parliament, the EU Council or the European Commission. These Opinions are part of the agency's fundamental rights assistance and expertise that it provides to EU institutions and Member States.