Help media speak out against injustice 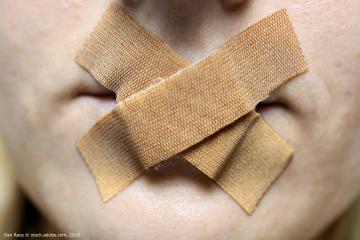 Journalists are increasingly facing attempts to muzzle their work on uncovering corruption, injustice and threats to democracy. World Press Freedom Day on 3 May, is time to call a halt to such pressure so a free press can hold States to account and report on injustice and rights violations, says the EU Agency for Fundamental Rights.

“A free press is one of the hallmarks of a well-functioning and vibrant democracy. It holds a mirror to our society to tell it how it really is,” says FRA Director Michael O’Flaherty. “To keep power in check, Member States need to refrain from interfering with press freedoms. They need to ensure journalists can freely probe and challenge while exposing legitimate concerns.”

A recent BBC poll found that most Europeans believe their countries has become more polarised than a decade ago; almost a half see their societies as less tolerant. This is partly being driven by populist rhetoric gaining traction in many places coupled with challenges to the rule of law and judicial systems.

The media plays a vital role in informing people and exposing untruths, rights violations, injustice and abuses of power. It engages people in issues that society need to be aware of and empowers them to make informed decisions. It also holds politicians and governments accountable for their actions, keeping record of what was said and done before.

However, Reporters Without Borders’ 2018 press freedom index points to worrying tendencies in Europe, traditionally a safer haven for journalists. Journalists are being threatened and attacked repeatedly for doing their job, as a 2016 FRA paper also noted. The horrific murders in Slovakia of the journalist Ján Kuciak and his fiancee, Martina Kušnírová, in March this year and the investigative reporter, Daphne Caruana Galizia, in Malta in October 2017, were poignant testimonies of the extreme dangers journalists can face.

They are also confronted with online intimidation. Female journalists are particularly on the receiving end of abusive comments and threats left by readers. This risks jeopardising balanced media coverage of such issues as refugee integration or anti-racist demonstrations.

Media consolidation is also placing pressure on the work of the media. Journalists may face commercial influence over editorial content as more and more media outlets are in the hands of fewer owners.

Such abuse and pressure risks undermining press freedom, freedom of information and freedom of expression. This calls for greater efforts to counter this challenges and protect the media.

The European Commission’s recent whistleblower rules are an example of what can be done to help. Offering stronger guarantees to protect sources will relieve some of the pressure journalists face when exposing injustice and speaking freely to defend the many whose rights have been violated.