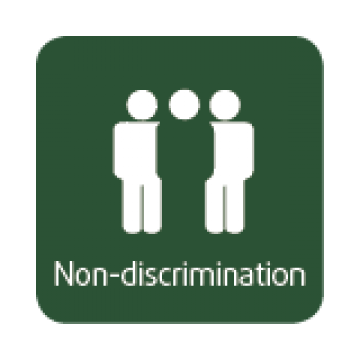 Building on the widely popular practical handbook on European non-discrimination law, the European Union Agency for Fundamental Rights (FRA) and the European Court of Human Rights have just published an update.

The Handbook on European non-discrimination law is a comprehensive guide to European law in this area. This new version contains recent examples of relevant case law with new chapters on multiple discrimination, hate crime and hate speech.

This handbook is designed to assist legal practitioners who are not specialists in non-discrimination law to introduce them to the key issues. It is aimed at lawyers, judges, prosecutors, social workers and people who work with national authorities, non-governmental organisations and others who may be confronted with legal questions related to discrimination.

It seeks to raise awareness and improve knowledge of relevant standards set by the European Union and the Council of Europe, particularly through case law of the EU’s Court of Justice and the European Court of Human Rights. Where relevant, it also refers to the European Social Charter, other Council of Europe instruments and international UN treaties related to non-discrimination.

The publication explains the context and background to European non-discrimination law. It outlines when differences in treatment are considered discriminatory, focusing on direct and indirect discrimination, harassment, hate crime and hate speech. It also touches on possible justifications for differential treatment.

In addition, it covers procedural issues. It pays special attention to the shift in the burden of proof. Other evidential questions, such as the role of statistics and other data are also explained.

The handbook is available in English. Other language versions will follow.

The first edition was published in 2010 with over 100,000 downloads to date. It complements other legal handbooks covering access to justice, data protection, child rights, as well as asylum, migration and borders.