Consent for sexual activity with an adult

The establishment of a minimum age for sexual consent, the age at which a child can decide to have sex with someone, aims to protect children from abuse or consequences of early sexual activity, such as early pregnancy or sexually transmitted diseases.

Directive 2011/93 on Combating the Sexual Abuse and Sexual Exploitation of Children and Child Pornography defines the age of sexual consent as “the age below which, in accordance with national law, it is prohibited to engage in sexual activities with a child”.

The 2007 Council of Europe Convention on the Protection of Children against Sexual Exploitation and Sexual Abuse (Lanzarote Convention) asks States parties to set a minimum age for sexual consent, below which it is prohibited to engage in sexual activities with a child.

All countries have established a minimum age under which engaging in sexual intercourse with a child is considered a criminal offence. Roughly half of the Member States add exceptions, making intercourse lawful if the partners are of similar ages or the age difference is not higher than a certain number of years. This follows the CRC Committee’s request for States to “avoid criminalizing adolescents of similar ages for factually consensual and non-exploitative sexual activity” (General Comment No. 20). 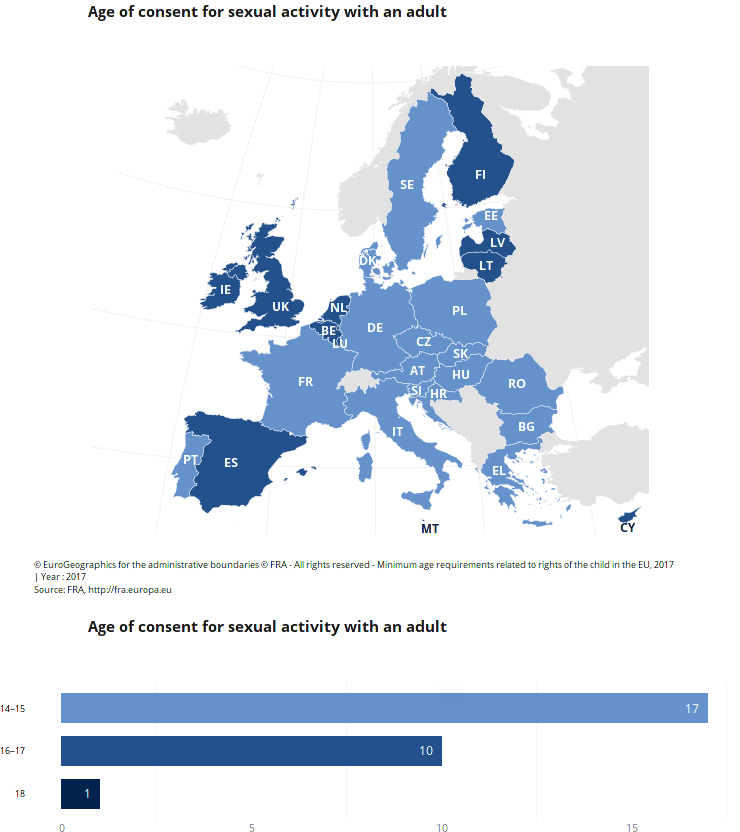