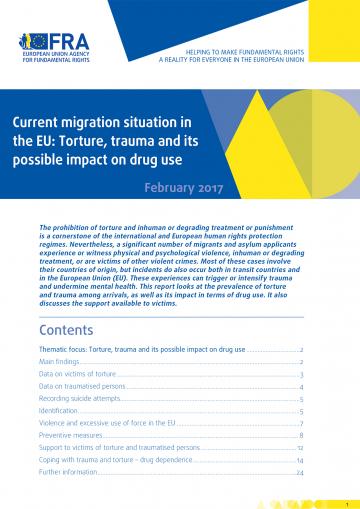 Asylum, migration and borders
This report looks at the prevalence of torture
and trauma among arrivals, as well as its impact in terms of drug use. It also
discusses the support available to victims.