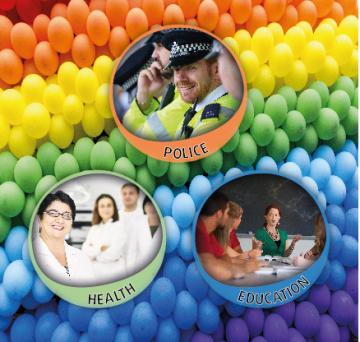 In some Member States, doctors still view homosexuality as a disease and transsexuality as a mental disorder, according to findings from a new report by the EU Agency for Fundamental Rights (FRA). Such negative views of lesbian, gay, bisexual and trans (LGBT) people in society, among professional groups and policy makers hampers efforts to counter discrimination and hate crime.

In the first-ever comparative survey across 19 Member States of the views of public officials, health officials, teachers and police officers, the positive impact of EU initiatives was largely acknowledged. However, they also recognised the lack of information and professional training about the needs of LGBT people prevents them from acting to help counter the discrimination LGBT people continually face.

“LGBT people have the same rights to education, to healthcare and to be treated equally as everyone else. They too have the right to live their life in dignity, free from fear and discrimination,” says FRA Director Michael O’Flaherty. “FRA’s latest findings reveal how some doctors still wrongly believe that homosexuality is a disease. They underscore the need for the EU and its Member States to empower public officials to act on their duty to deliver high quality service to help end the suffering many LGBT people experience.”

FRA spoke to the professional groups best placed to identify the barriers and drivers in implementing fundamental rights policies on the ground. Some of the key findings that emerged that can be found in the ‘Professionally speaking: challenges to achieving equality for LGBT people’ report include:

The report surveyed public officials, doctors, teachers and police officers about which laws and policies work and which do not, and why, when it comes to protecting and promoting the rights of LGBT people. A comprehensive EU-wide overview of LGBT-relevant laws and policies can be found in a FRA report launched in December 2015. This report also looks at the problems intersex people face.

The findings complement the results from FRA’s ground-breaking EU LGBT survey which revealed large-scale fear and discrimination among LGBT people across the EU. The full dataset from the survey will be available later this year.