Removals continue: the reality of migration policies across Member States 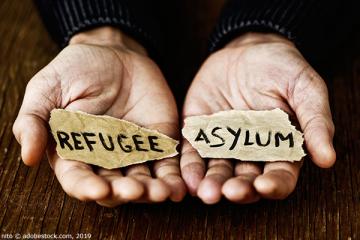 Food deprivation, removals with no prior notice and the arrest of humanitarian workers carrying out search and rescue operations at sea are some of the fundamental rights concerns FRA identifies in its latest migration quarterly. It reports on some of the fallout in EU Member States as they continue to harden their migration policies and laws. It also highlights longstanding problems resulting from overcrowding and asylum processing.

The report throws a spotlight on events from April to June 2019. It reveals the impact of the tough line some EU Member States are taking towards asylum seekers and migrants.

For example, authorities in Hungary are denying food to rejected asylum seekers waiting in transit zones. In France, authorities are removing irregular migrants without giving them prior notice, contrary to the law. In Croatia, the media reported on incidents of pushbacks and included testimonies from children of police threats and violence at the border with Bosnia and Herzegovina. In Greece, changes in who receives housing assistance has led to refugee evictions.

The Italian government’s hardline position on preventing NGO ships from disembarking migrants rescued at sea has led to the seizure of ships, and arrests of the crew and captain for docking with migrants in Italy. Italian courts later acquitted the captain citing UN maritime law.

Migrants crossing the sea to reach Spain also remains a concern. NGOs estimate that between 2018 and April 2019, around 70 ships carrying 1,020 migrants sank on their way to Spain, with over 1000 people either dead or disappeared.

Immigration detention remains an issue in many places. For instance, among Germany’s eight new migration laws, one concerns returns with provisions that risk leading to longer detention periods of up to 18 months. The national equality body and NGOs also point to the widespread use of immigration detention, including of children, in France. In Poland, many asylum seekers and other migrants continue to end up in immigration detention due to poorly functioning identification and referral mechanisms.

Serbia is also struggling with procedural issues resulting from new asylum laws. This is leading to delays in asylum processing and poor reception conditions.

Reception conditions of migrants remains a persistent problem. This is particularly acute in Greece, as recently highlighted by the Council of Europe’s Parliamentary Assembly (PACE). For example, the reception and identification centre on the migration hotspot, Samos, continues to host five times as many people as its capacity. PACE has called on the Greek authorities to urgently improve conditions in reception and identification centres and offer better protection, particularly to women and children who are at greater risk of trafficking.

FRA has been regularly collecting data on asylum and migration since September 2015.