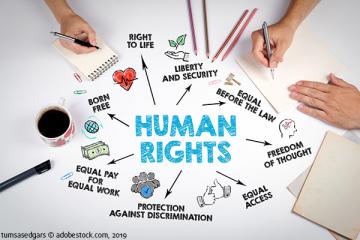 There is a vast array of human rights information. The trouble is, you often have to search through so many different places online. Much of it is relevant for the EU and its Member States. Now, help is at hand with FRA’s European Union Fundamental Rights Information System, EFRIS. It draws together information from these various sources, providing a much-needed single entry point.

EFRIS gathers reports and assessments from international human rights bodies, including the United Nations and the Council of Europe.

It reminds the EU and its Member States of their obligations under various human rights treaties. It also signposts recommendations made by human rights monitoring mechanisms.

FRA designed the tool for an EU context. This includes the European Parliament’s assessments of the values of the EU, the Council of the EU’s rule of law dialogue, and the European Commission’s fundamental rights compliance checks. This allows EFRIS to facilitate overviews across the EU, including comparison against EU averages, where feasible.

It also aims to be a ‘go-to-tool’ for assessments made of EU Member States by the Council of Europe and the United Nations, for instance.

EFRIS will ultimately also be a useful resource for civil society, media, and academia.

For the moment, it covers around 60 human rights mechanisms from the UN and Council of Europe. FRA will add more sources later, such as the European Committee of Social Rights and the Court of Justice of the European Union.

EFRIS covers all EU Member States, as well as North Macedonia and Serbia – two countries that fall within FRA’s mandate.