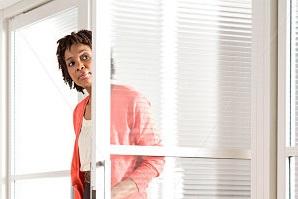 Access to justice is a core fundamental right and a central concept in the broader field of justice. However, it is a right that faces a number of challenges throughout the EU.

While access to justice typically means having a case heard in a court of law, it can more broadly be achieved or supported through mechanisms such as national human rights institutions, equality bodies and ombudsman institutions, as well as the European Ombudsman at EU level. Yet, FRA research shows that access to justice is problematic in a number of EU Member States. This is due to several factors, including a lack of rights awareness and poor knowledge about the tools that are available to access justice (see EU-MIDIS, in particular Data in Focus report 3: Rights Awareness).

Drawing on its research findings, the Agency seeks to provide evidence-based advice to policy makers at EU and national level in order to improve awareness of and access to justice. This includes the provision of information about how to remove existing obstacles that hinder people’s ability to access justice, including groups such as children and migrants.

The Charter of Fundamental Rights of the European Union guarantees the right to an effective remedy and to a fair trial, including legal aid to those who lack sufficient resources. At the same time, access to justice is also an enabling  right that allows those who perceive their rights as having been violated to enforce them and seek redress.