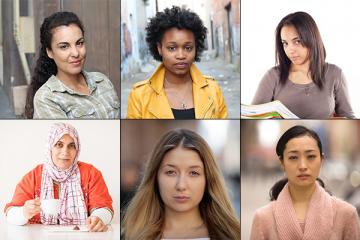 Migrant women face multiple challenges fully integrating into European society. This is often due to inequalities resulting from the combined effect of their gender, migrant status and ethnic background, as FRA’s latest report testifies. It underlines the need for targeted, gender-sensitive measures to compensate for such inequalities.

FRA’s report on migrant women highlights the various challenges these women face, despite their wide diversity in backgrounds, residence status and educational levels.

Such figures underline the need for gender-sensitive measures and support to increase societal participation and inclusion in society. These could range from offering childcare to targeted training opportunities for migrant women, including languages classes.

The report also draws attention to the fact that twice as many women as men migrated for family reasons. This can make them dependent on their husbands for finding work or getting residency permits, for example. Member States should minimise this dependency in line with EU family reunification guidance and reduce administrative delays in processing permits.

In addition, the findings challenge the popular perception that migrants are often socially segregated and hold traditional views. On average, over 80% of migrant men and women have friends without any minority background and favour gender equality.

This selected findings report draws on information collected in 19 EU Member States from over 16,000 face-to-face interviews with immigrants and descendants of immigrants, half of whom are women. It was part of FRA’s second EU-wide survey of minorities’ experiences and perceptions of discrimination and harassment.