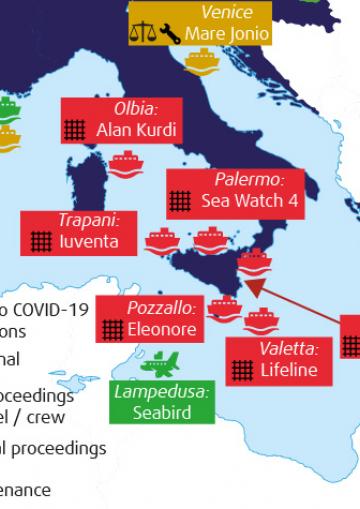 Borders and information systems
Asylum, migration and borders
In 2020 (until 15 December), the International Organization for Migration estimated that about 1,054 people have died or gone missing while crossing the Mediterranean Sea to reach Europe to escape war or persecution or to pursue a better life. This is an average of almost three people per day. In the past years, a significant number of migrants in distress at sea have been rescued by civil society vessels deployed with a humanitarian mandate to reduce fatalities and bring rescued migrants to safety. Since 2018, however, national authorities initiated some 50 administrative and criminal proceedings against crew members or vessels, also seizing the latter. In some cases, rescue vessels were blocked in harbours due to flag issues or the inability to meet maritime safety-related and other technical requirements.
Related
Report / Paper / Summary
Civil society
22
September
2021

Civil society organisations play a vital role in promoting fundamental rights, but they face diverse challenges across the European Union. This report presents FRA’s findings on a range of such challenges. The findings are based on research, and on two online consultations with civil society organisations, carried out in 2020.
Watch video
Download country studies
Read press release 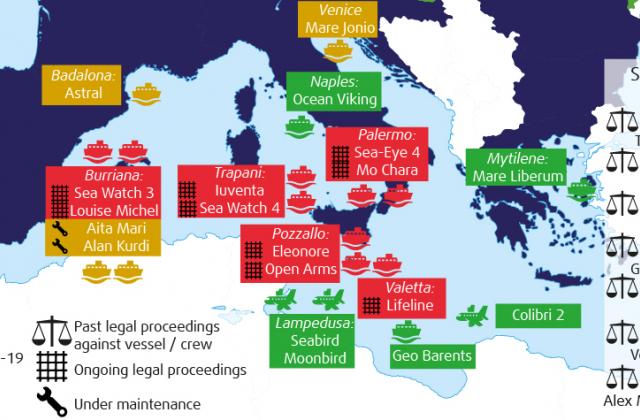 The International Organization for Migration estimates that about 813 people died or went missing crossing the Mediterranean Sea to reach Europe to escape war, persecution or to pursue a better life in 2021, up to 15 June. This is an average of almost five people per day. The EU Agency for Fundamental Rights (FRA) collects data on NGO ships involved in search and rescue in the Mediterranean, legal proceedings against them, as well as difficulties in disembarking migrants in safe ports.
Read all updates on SAR operations in the Mediterranean
Read news item
Handbook / Guide / Manual
Borders and information systems
Asylum, migration and borders
24
July
2020

This practical guidance addresses border-management staff in European Union (EU) Member States who work at the operational level. It aims to support them in implementing the fundamental rights safeguards of the Schengen Borders Code (Regulation (EU) No. 2016/399) and related EU law instruments in their daily work, when carrying out controls at external land borders.
Read news item 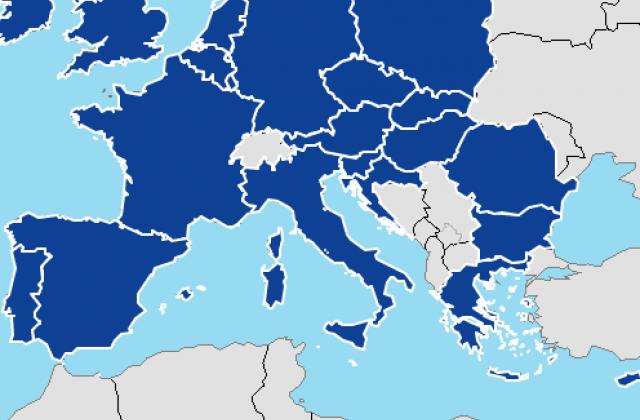 This note draws attention to the recent trend of criminalising search and rescue operations (SAR) in the Mediterranean Sea carried out by non-governmental organisations (NGOs) or other private entities. This includes seizing rescue vessels, as well as arrests for crew members, in some EU Member States. Most of such incidents concerned NGOs operating in the Central Mediterranean Sea.
Overview

To provide a comprehensive overview of the phenomenon, the EU Fundamental Rights Agency (FRA) had published a note in October 2018 entitled “Fundamental rights considerations: NGO ships involved in search and rescue in the Mediterranean and criminal investigations”. In June 2019 and in June 2020, FRA updated the two tables accompanying this note. The overview tables describe criminal and administrative proceedings against non-governmental organisations (NGOs) or other private entities deploying search and rescue (SAR) vessels. Nine new administrative proceedings were initiated since June 2020. The below map pictures the state of play of civil society SAR vessels and aircraft as of 15 December 2020, including those who had to stop their activities, and indicates past and ongoing legal proceedings against the vessels and/or their crew members.

The map shows that due to ongoing criminal and administrative proceedings, vessel seizures, and other measures such as mandatory maintenance work, the majority of these assets are blocked at ports without the possibility of carrying out SAR operations. Out of a total of 15 assets, five are currently operating (see assets in green), of which only two are vessels performing SAR operations (‘Aita Mari’ and ‘Open Arms’), the remaining being vessels and reconnaissance aircraft undertaking monitoring activities. Seven are blocked in ports pending legal proceedings (see assets in red), and two are docked due other reasons, such as mandatory maintenance work and temporary operation breaks (see assets in yellow). The map also displays the vessels and/or their crew subject to past or current legal proceedings.

The updated two tables accompanying the above-mentioned note incorporate new developments during the past six months. Table 1 provides an overview of all NGOs and their vessels and reconnaissance aircrafts involved in SAR operations since 2016 in the Mediterranean – also showing whether they have been subject to legal proceedings.

State vessels and commercial ships also conducted rescue activities, next to limited NGO rescue operations. In recent months, rescued people were kept in quarantine on board before landing or in ports right after their disembarkation for more on quarantine vessels, see FRA’s latest Quarterly Bulletins on migration-related fundamental rights concerns.

Table 2 provides further details on the ongoing or closed investigations and administrative or criminal proceedings against private entities involved in SAR operations as of December 2020, of which FRA is aware after having reviewed publicly available sources. It shows that some 50 proceedings have been initiated since 2016 by Germany, Greece, Italy, Malta, the Netherlands and Spain. Some nine new legal cases were opened in the past six months, almost all of which in Italy. Among the six ones addressed to vessels, four (’Alan Kurdi’, ‘Sea-Watch 4’, ‘Ocean Viking’, ‘Sea-Watch 3’) consisted in administrative seizures based on technical irregularities  relating to maritime security. The most common issues detected by the port authorities included transporting too many passengers, having assets not properly working, having too many life jackets on board, having sewage systems not designed for the number of possible rescued persons, as well as causing environmental pollution). As for the remaining two, in one case (‘Louise Michel’) the vessel was blocked due to registration issues, and in the other (‘Mare Liberum’) due to a lack of the safety certificate, introduced by the recent amendments to ship safety regulations in Germany (reported in the June 2020 update). With regard to the latter, however, the Administrative Court of Hamburg found that the safety certificate should not be required by the authorities as the Federal Ministry of Transport and Digital Infrastructure did not notify the amendments to the European Commission in accordance with EU law, rendering them inapplicable and thus allowing ‘Mare Liberum’ to set sail. Finally, the grounding of the ’Moonbird’ reconnaissance aircraft by the Italian Civil Aviation authority was based on spending too many hours operational at sea and on the claim that it was performing SAR activities in the Italian SAR area without the authorization of the competent authorities, thus risking to endanger ongoing SAR operations carried out by state actors and the safety of navigation in the area.

Compared to the previous updates, FRA noted an increasingly common use of measures of an administrative rather than criminal nature based on the laws of navigation and safety at sea, and a decrease of measures against individuals (crew members or NGO staff). Out of a total of nine cases, only two consisted in the opening of judicial investigations against the captain and the ship-owner of ‘Mare Jonio’ following disembarkation of rescued migrants for refusing to obey to orders of the competent authorities.

Furthermore, in Italy, the former Minister of the Interior, Matteo Salvini, is currently on trial on charges of aggravated kidnapping for having refused the disembarkation of rescued migrants from the Italian ‘Gregoretti’ coastguard ship and the ‘Open Arms’ NGO vessel in summer 2019.

The applicable EU and international legal and policy framework remains unchanged, hence the original note’s related legal analysis is not reproduced but can be consulted via this link. All information is up-to-date until 15 December 2020.

* At port due to COVID-19 restrictions, maintenance or other reasons