Migrant search and rescue in the Mediterranean – state of play 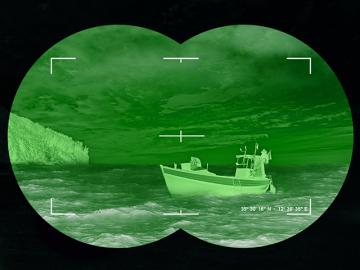 So far this year, almost five people per day on average died crossing the Mediterranean Sea to reach Europe, estimates the International Organization for Migration. Ahead of World Refugee Day 2021, the EU Agency for Fundamental Rights points to ongoing difficulties facing civil society rescue efforts in the Mediterranean, complicated by the Covid-19 pandemic.
Access the search & rescue update

Since 2018, authorities in some EU Member States have been restricting civil society rescues of migrants in distress at sea – as a fresh report from the United Nations Human Rights Office also points out.

Often smugglers and traffickers send migrants to sea in overcrowded or unseaworthy boats.

The latest FRA update shows overall rescue capacity remains hampered. Of the 19 NGO-deployed boats and planes carrying out search and rescue, only six are operational.

There are now two additional rescue boats and one reconnaissance aircraft supporting civil society efforts since 2020. However, one was seized and remains docked.

The update also points to around eight new administrative and criminal proceedings by EU Member States against crew members or vessels since December 2020. This brings the total number of legal proceedings to 58 since 2016.

In some cases, EU Member States seized vessels. In other, they blocked rescue vessels in harbours due to flag or technical issues.

The pandemic further restricted search and rescue work. Rescued people were quarantined on board before landing or in ports after disembarkation to prevent any potential spread of Covid-19. Crew members also had to quarantine for two weeks after rescued migrants disembarked.

This latest update provides a snapshot of developments, including open and closed legal proceedings, since 2016 up until 15 June 2021.

It also contains an overview of vessels that were not immediately allowed to disembark migrants and had to wait at sea for a safe port for over one day in 2020.