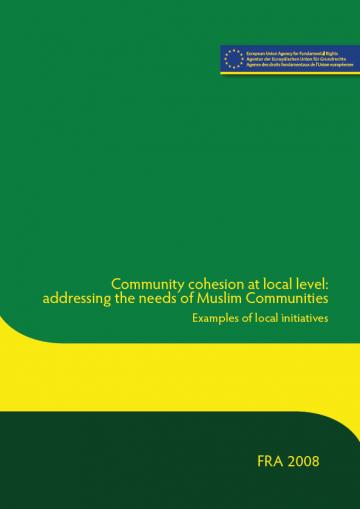 Equality, non-discrimination and racism
The report brings together experiences from a number of cities across Europe. It focuses on fields such as education, employment and the provision of public services which all remain critical for the success of building cohesive communities.
Downloads
10 August 2012
Community cohesion at local level: addressing the needs of Muslim Communities (735.68 KB)
Språk
English
Språk
French
Språk
German
Order a printed copy from EU Publications website
Related
Report / Paper / Summary
Support for human rights systems and defenders
11
October
2021