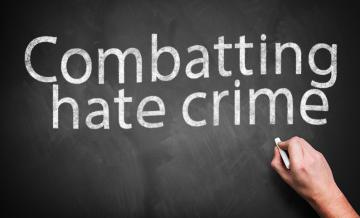 Promoting inclusion and mutual respect through education and strong positive narratives are essential to prevent incitement to hatred and counter hate speech in the digital age, the heads of three European human rights institutions said in a joint statement on today’s International Day for the Elimination of Racial Discrimination.

Michael Georg Link, Director of the OSCE Office for Democratic Institutions and Human Rights (ODIHR), Michael O’Flaherty, Director of the EU Agency for Fundamental Rights (FRA), and Christian Ahlund, Chair of the Council of Europe’s European Commission against Racism and Intolerance (ECRI), stressed that it is the responsibility of all, and political leaders in particular, to counter intolerant discourse and hate speech, and to ensure their root causes are addressed through education.

“We all play a crucial role in promoting mutual respect and inclusion, ensuring that we live in societies that foster respect for the rights and dignity of every person, regardless of their ethnicity, gender, religion or belief or any other identity,” said ODIHR Director Link. “Political and community leaders have a greater responsibility, and must address intolerance in all its forms, so as to effectively counter hate speech, which can lead to violence and hate crimes and dangerously undermine security and social cohesion.”

FRA Director O’Flaherty noted that hate speech is not limited to extremists, and that the deliberate manipulation of information designed to promote intolerance is squarely in the mainstream of political rhetoric. He stressed that these fabrications could only be countered through education and media literacy.

“The challenge is to address those who are receptive to intolerant views. Encouraging greater media literacy is an essential element of this, particularly in the digital environment,” the FRA Director said. “We need to support both children and adults to critically assess what they see and hear in the media. This will enable them to recognise propaganda, and help them to confront and report statements that incite hatred."

In addition to the prompt condemnation of the use of hate speech, ECRI Chair Ahlund highlighted the need to challenge and engage those who propagate it.

“Policies against hate speech should also envisage steps to encourage those who use hate speech both to repudiate this use and to help them end their association with groups using it,” he said. “This is not an easy task. Nonetheless, changing behaviours, by demonstrating both the falsity of the foundations on which hate speech is based and its unacceptability, is not impossible. Existing projects directed to this goal should be widely emulated and supported.”

ODIHR, FRA and ECRI play an active role in countering hate speech, hate crime and other forms of intolerance. ODIHR reports on hate crimes across the OSCE’s 57 participating States on hatecrime.osce.org and helps local authorities and civil society address this issue. FRA is developing a media toolkit to guide journalists on how to include a human rights perspective in their reporting. ECRI General Policy Recommendation No.15 contains guidelines on how to combat the use of hate speech and the No Hate Speech Movement is a youth campaign of the Council of Europe mobilising young people to act on hate speech and counter it http://www.nohatespeechmovement.org/