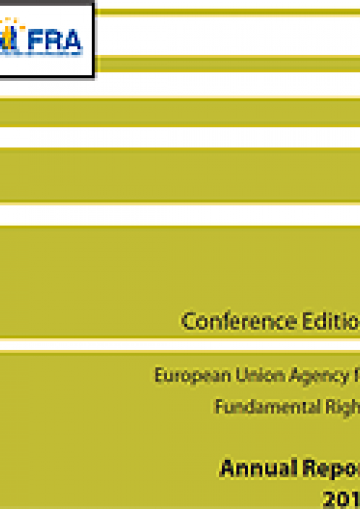 This report covers information, events and developments in the EU for the year 2009, after the entry into force of the Treaty of Lisbon. The report relies on data collected from the ground to describe the situation of fundamental rights in all 27 Member States.
Downloads
05 November 2012
Corrigendum FRA Annual report 2010 for all languages (67.34 KB)
Teanga
English
10 August 2012
Annual Report 2010 - Conference edition (1.7 MB)
Teanga
English
Teanga
French
Teanga
German

Fundamental rights under the Treaty of Lisbon

The entry into force of the Treaty of Lisbon at the end of 2009 has significantly strengthened the protection of fundamental rights in the EU. The Charter of Fundamental Rights of the European Union must now be respected by the European Union, as well as by EU Member States when implementing EU law. Against this backdrop, the Agency's Annual Report 2010 presents some of the most significant events and developments relevant to fundamental rights during 2009.

The example of data protection authorities: