Our Data Is Your Ally

Passionate about human rights? Having the right data can make a world of difference for your campaigning. The EU Fundamental Rights Agency’s (FRA) extensive research offers reliable and comparable data on the experiences of young people across the EU. FRA has all the stats you need to tell your story - from young Jews, Roma and Black people to young LGBTI people or women. Dive in and use our data as your ally to change hearts, minds and ultimately policy.
Watch the video

We asked young people across the EU about their experiences, perceptions and opinions on democracy and a range of human rights issues: 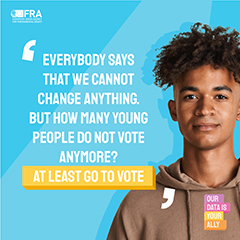 In our violence against women survey, young women across the EU reveal how common physical, sexual and psychological violence is among women in Europe: 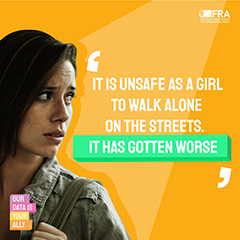 See our violence against women survey and data explorer for more. 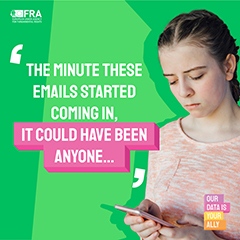 Young people from ethnic minorities experience high levels of racial discrimination, harassment and violence. FRA collected the experiences of people of African descent in 12 EU countries and Muslims in 15 EU countries. Their experiences reveal the persisting racism in today’s societies across the EU. 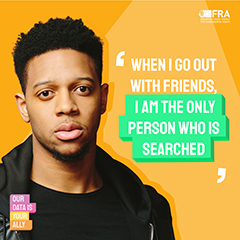 See our Being Black in the EU report and data explorer for more. 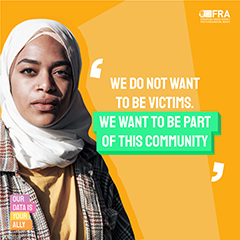 See our report on the experiences of Muslims in Europe for more.

Our Roma surveys highlight widespread inequalities that perpetuate cycles of poverty and exclusion among Roma in Europe. 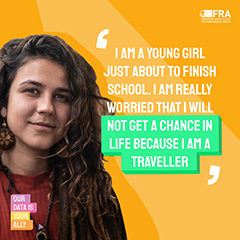 Experiences of Roma in 10 European countries:

See our Roma in 10 European Countries Survey report for more.

Experiences of Roma and Travellers in western European countries:

See our Roma and Travellers Survey report for more.

Our LGBTI survey reveals that many LGBTI people are now more open than before but fear, violence and discrimination remain high. 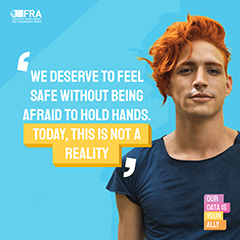 FRA’s survey of Jews in 12 EU countries gathered data on more than 2,700 Jews aged from 16 to 34. It shows how young Jews face harassment in Europe, but nevertheless express their Jewish identity. 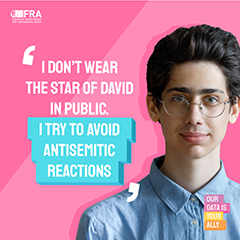 See our report Young Jewish Europeans: perceptions and experiences of antisemitism for more.

We asked young people across the EU about their experiences, perceptions and opinions on a range of human rights issues, including their views on access to justice. 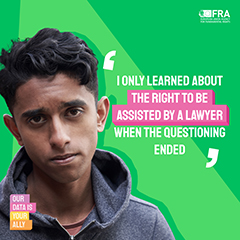 We asked people across the EU about their experiences, perceptions and opinions on a range of human rights issues. It also captured the views of young people with disabilities (here, respondents who said that they are severely limited in usual activities people do). 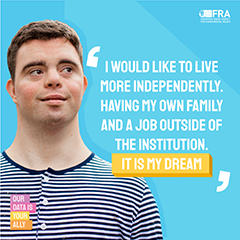