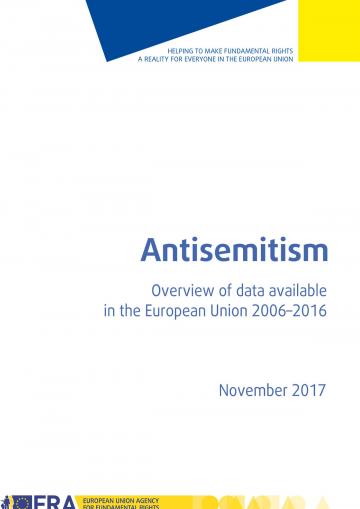 Hate crime
Equality, non-discrimination and racism
This report provides an overview of data on antisemitism as recorded by
international organisations and by official and unofficial sources in the 28 European
Union (EU) Member States, based on their own definitions and categorisations.
Downloads
07 November 2017
Antisemitism - Overview of data available in the European Union 2006–2016 (873.05 KB)
Język
English
Order a printed copy from EU Publications website