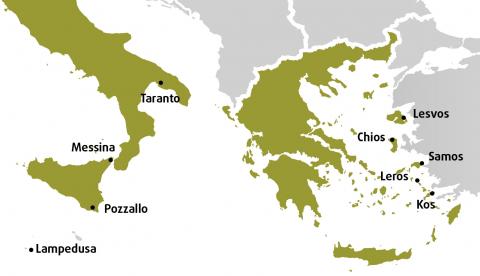 ‘Hotspots’ are facilities set up at the EU’s external border in Greece and Italy for the initial reception, identification and registration of asylum seekers and other migrants coming to the EU by sea. They also serve to channel newly-arrived people into international protection, return or other procedures.
Download FRA Opinions on hotspots
Download guidance for initial-reception facilities